Am I going to write a blog posting about P.M.#15, Pierre Trudeau? Just watch me!

And now we reach a Prime Minister that I know something about. In grade 10 history class, we had to pick a Prime Minister and write an essay about them. I picked Trudeau. I remember being really pissed off at the mark I got on the essay1 and I’m pretty sure I only got such a bad mark because I said nice things about Trudeau and my teacher didn’t like him. Anyhoo, the upshot of all this is that I actually learned some stuff about him, unlike all the rest of the P.M.s, who I’m sure the teacher lectured about, but I rarely remember anything I hear in a lecture beyond the final exam. As well, resident historian Sarah, of Dief guest blog posting fame, once taped the Trudeau movie starring Colm Feore, for me. Like on a VHS tape (we are old). And I saw a Brechtian-style play called something like “Trudeau & the FLQ,” part of a series of Brechtian plays on the history of Canada, with my first year Drama class when I was at McMaster. So I know a thing or two about ole’ Pierre. 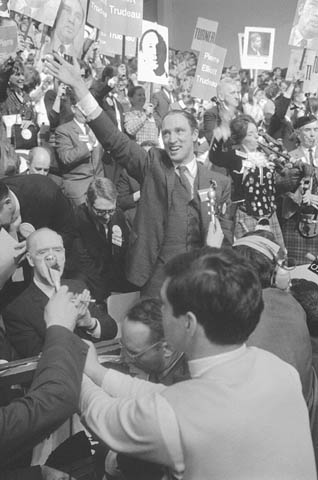 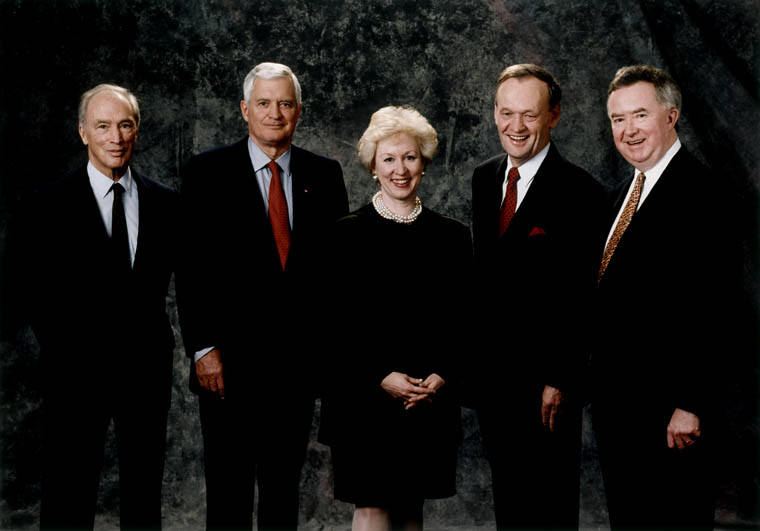 If you are just dying to read more about Trudeau, check out

Videos:
“Just watch me”: I think my favourite part is the part where he says “bleeding hearts.”

1It was an 80%. And I didn’t get 80%s back then, so I was not impressed.
2The whole story behind the patriation of the Constitution could be a blog posting in and of itself. And I’m sure there’s been eleventy billion books written on the topic, so if you are interested, go read one of those.