Sadly, this year I did not get to cyber-bake with my family, as my sister et al decided to spend the past week in Jamaica. Before they left was too early to do Christmas baking, so they will be doing their Christmas baking in the next few days. I have to work until Christmas Eve, so I can’t do my baking when they do theirs. And so I did my Christmas baking on my own, spread out over a few different evenings, instead of one giant 12 hour baking day like I usually do.

This year’s holiday treats included a few new recipes and a couple of classics. 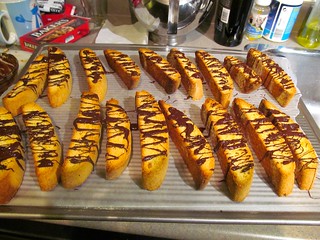 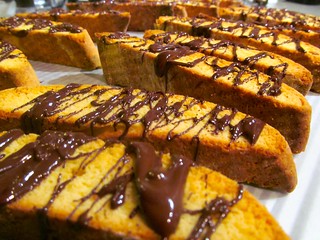 I’ve never made biscotti before and I was surprised how easy it was to make. It’s a simple dough, baked in a loaf shape, cut into biscotti shape, then baked again. And then you drizzle some melted chocolate over them and omg, so delicious! And fancy looking! Here’s the recipe that I used. 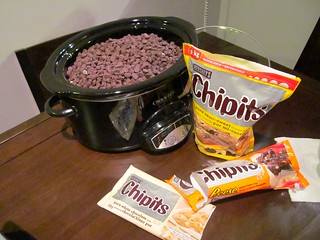 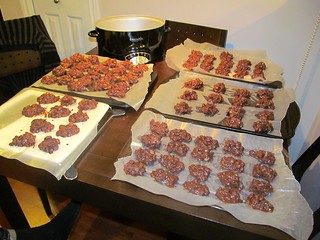 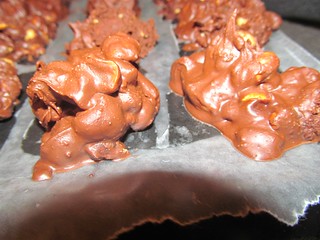 I chose this one because it was an extremely simple one. Throw various types of peanuts and chocolates into a crock pot and let everything melt. Spoon melted goo onto parchment paper and let it set. The end.

Here’s the recipe I used for these. 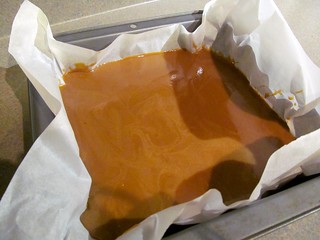 I decided to try making maple fudge, the recipe for which was basically sweetened condensed milk (read: sugar sugar sugar and a wee bit of milk), brown sugar (i.e., sugar), and maple syrup (also known as sugar). Sadly, the fudge never set and, in retrospect, I realize I probably should have used a candy thermometer instead of being lazy and just cooking it for the length of time mentioned in the recipe.

So instead I decided to go back to tried and true chocolate fudge, which started to set pretty much as I melting the chocolate with the sweetened condensed milk. 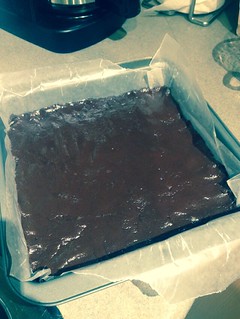 And since it’s Christmas, I am obligated to make shortbread cookies because I was long ago entrusted with my Great Granny Snow’s shortbread recipe, which makes the best shortbread in the world, according to people who like shortbread2. I didn’t bother to take any pictures of it, since it looks the same as it does every year.

While I definitely missed virtually hanging out with my fam while we baked, I can say that splitting up Christmas baking across a few evenings is way less exhausting than a marathon baking session. Also, based on feedback from those to whom I have given some of these baked goods, the quality of said baked goods did not suffer3. At any rate, Christmas baking is done and everyone who gets some of this baking will probably gain 5 lbs because it’s 97% butter and/or sugar. Hooray!