For the most part, my kitties are fairly non-destructive. About 99% of the time, they reserve their scratching for their scratching post and their chewing on things to their cats toys and the cardboard boxes that I put out for them to play with. They don’t chew on cords that are plugged into things and Watson’s has lost interest in his habit of pulling the decorative knobs out of my bed frame (and even that didn’t cause permanent damage, as I could just plug them back in again). The only things they’ve destroyed so far are Daniel’s iPhone cord and the cord of my headphones and, since then, I’ve been good about not leaving cords lying on counters to tempt them.

But the other day I discovered that apparently the lid of my running water bottle was delicious, because I found this when I woke up on the morning: 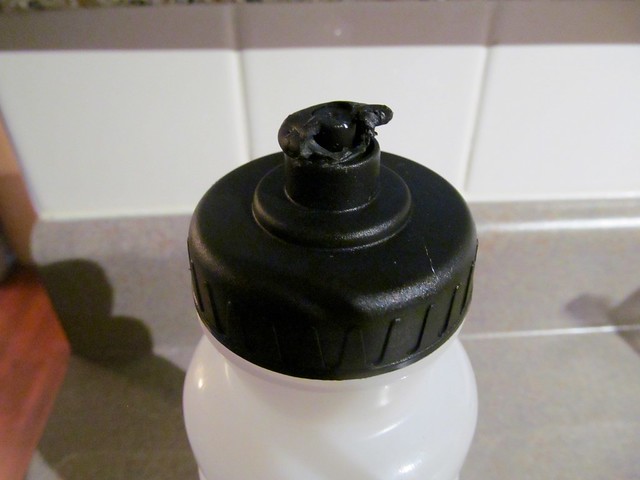 I’ve left my running water bottle on my kitchen counter countless times – as well as my hockey water bottle which has a very similar lid – so I’m not sure why, on this night, a kitty who shall remain nameless1 decided to chew it.

To add insult to injury, I had only recently bought this water bottle because the one I’d been using before, which had been Daniel’s but he’d given to me as I’d gotten him a new one as part of his Christmas present, had broken when it fell out of my water bottle belt, into which it apparently did not fit snugly enough. And I’d only gotten that one from Daniel because my previous one, which I’d had for the better part of a decade (!) had its lid destroyed when it fell off the shelf in the dishwasher and got chopped up by the spin-y part of the dishwasher2: 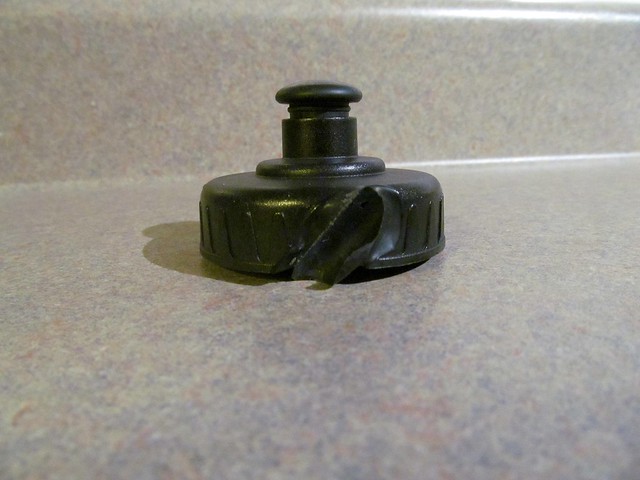 So now I have yet another new running water bottle – this one is actually a bit taller than the one I had3, but fits nicely in my water bottle belt. It has a clear plastic lid rather than a black one, but I still plan to be very careful not to leave it sitting on counter!