It’s September, which means the start of the school year is upon us. This is, of course, rather meaningless if you aren’t a student, a parent of a student, or some sort of instructor… Now, don’t worry, I haven’t enrolled in any new degree programs1. But I have picked up a new teaching gig.

As you know, I teach an online stats class at the Justice Institute, but that is offered in the January semester. I haven’t taught a face-to-face class since before I started my MBA and, honestly, I’ve been missing the in-person interaction with the students2. I really enjoy working with students – it’s so rewarding to be able to help them learn new things, to see the moment when a new concept or skill just “clicks” for them, when they start to connect what they are learning in class with things in their other classes or their work, and I always learn new things from my students too. So when the opportunity to teach a class that is in my exact area of expertise came up for this semester, I jumped on it!

As you also may know, I have three different alma maters3 and I’ve taught at two different post-secondary institutions4. But now I’m adding yet another school to my repertoire, as the university I’ll be teaching at starting next week is Simon Fraser University. Now, you may recall that a few years back I got an Adjunct Prof title at SFU. In that capacity I’d done some grant writing with a colleague and supervised some practicum students, but this has been my first opportunity to teach a course5. And I’m pretty stoked about it.

So now the number of post-secondary institutions where I’ve taught has caught up with the number that I have degrees from! I know some academics who are academically monogamous (*cough* Dr. Dan *cough*), but apparently I am academically promiscuous.

Anyway, writing this blog posting has been a wee bit of a break from preparing my slides for next week’s class, but I really should get back to that! In the meantime, check out this adorable image that I found while looking for Creative Commons licensed or royalty-free images to put on my slides6! 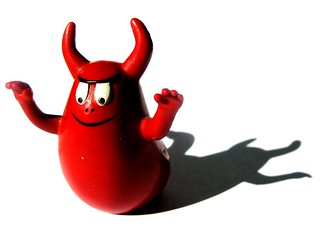