IT is not my friend. Or is it?

I’m not talking about my iliotibial (IT) band, nor am I talking about the monster from the Steven King novel1. I’m talking about information technology. Which seems to have had my number recently. I think this whole IT being a problem thing actually started last Thursday, when I ordered a pizza online and when it didn’t arrive after a long, long time, I called the pizza place and apparently their computer had crashed and they hadn’t bothered to reboot it, so my order was there, but they didn’t know it ’til I called and they went “oh, I guess we should reboot our computer”. And I ended up with a later pizza than I wanted, though I did get it for half price! 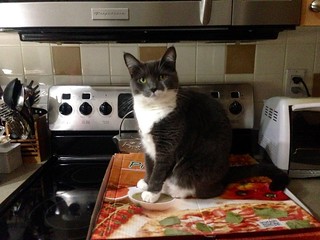 The next morning I awoke happy that I was able to work from home today, but then discovered that my wifi was not working, though a reboot of the modem fixed that issue. Much more concerning, however, was that my work laptop would not start. The power button light came on, but the screen was just blank. I tried turning it off and turning it on again, the universal fix for computer problems, but that didn’t help.

Props to my friend Steven for finding that clip on YouTube!

I tried plugging it into my monitor in my home office, in case it was just the display, but that didn’t work – my monitor just showed me a blue screen. (In fairness, I’ve never plugged my work laptop into my home monitor before so had no idea if it is just that they aren’t compatible with one another2. ).

I was doing this while on a series of conference calls. Thankfully, my home laptop was working so I was able to check my emails and calendar and whatnot with that so that I knew things like what the teleconference number was and getting the emails about why everyone else missed one of the calls and what time we could reschedule the call.

Eventually I decided that doing the same thing over and over again was not getting me different results, so I emailed the IT guy from my office, who suggested that I turn it off and turn it on again3 When I informed him I had tried that, he told me about a reset hole that you stick a paper clip in to do a reset, which I didn’t know my laptop had and though it didn’t work, at least I know about that for future reference.

So he suggested that I bring the computer by the office for him to look at. So much for me getting to work at home! And off I went to my office to drop it off. Our schedules unfortunately did not match up so I couldn’t actually meet up with him – I could be at the office by 1 pm after finishing my conference calls, but would have to leave by 2 pm to get to another appointment, whereas he had another meeting that meant he couldn’t get to my office until 2 pm.

Anyway, I got to the office and decided to try plugging into the dock there and lo and behold the damn thing worked, albeit only showing stuff on the external monitor! So apparently the problem is with the laptop screen not working, rather than the computer as a whole. I still left it there for the IT guy to see if he can figure out what the deal is – he emailed this morning to say that he had to send it in for repairs, so it will be *at least* 10 business days before I get it back. My office was able to provide me a loaner laptop for that time, but now I have none of my bookmarks, my browser add-ons, or my various other settings for stuff I do every day.

The other – minor by comparison – IT annoyance was that I’m not able to use my credit union’s deposit-a-cheque-by-taking-a-photo-of-the-cheque-with-my-smartphone option to deposit royalty cheques from my publisher because it is a US company and you can only do that with Canadian cheques. So today I had to go to an actual credit union branch, like Neanderthals used to.

As I was reflecting on my IT woes, I thought about this bit by Louis CK:

And really, when I think about it, the vast majority of my technology worked flawlessly during this time (and most days). I was able to work from home for most of Friday because my own laptop worked fine (as did the modem after a quick turn-it-off-turn-it-on-again), my smartphone allowed me to keep up with emails while I took the driver-less Skytrain (which I paid for by swiping my Compass card, which automatically reloads itself when my balance dips below a certain amount so that I never run out of transit fare) to my office, which I accessed by swiping my fob, and then I dropped off my laptop, the repairs for which will be taken care of my IT guy, who responded pretty much immediately upon my sending him an email. And now I have a fully functioning loaner laptop for work while my main laptop is being repaired. Most fortunately of all, I had just backed up all my files onto an encrypted thumb drive on Thursday4,5, which I did after a co-worker lost a bunch of files when her laptop died and she’d been saving stuff on her laptop’s drive rather than the network drive. I have an iPhone, an iPad, a laptop, and a television, all of which connect to all of the information ever via The Internets. My car tells me when it’s time for an oil change, my alarm clock updates itself automatically to account for Daylight Saving Time6, and my washing machine can tell how dirty my clothes are. I can email money instantly to family and friends from my phone, I don’t have either a home phone or cable TV because I can get everything I need through the my smartphone and the Internet, and I have a contraption that will feed my kitties at whatever time I set it for so that I can work a 15-hour day without having to come home for cat feeding duties7.

So, yeah, I think maybe I’ll give IT a break here and be thankful for all the modern conveniences I have rather than being upset when one of them doesn’t work perfectly at all times!

Category: Geekery
Tags: computers, Geekery, have you tried turning it off and turning it on again?, It!, perspective, technology