You forgot the “chill”

In class today, I was demonstrating a method of data collection formally called “Dotmocracy” (but now being referred to as “Idea Ratings Sheets”). The basic premise is that you are looking to get a group to rate ideas and you have them write their ideas on a sheet and then everyone in the group can rate it from “strongly agree” to “strongly disagree” – and they can also add comments about strengths or weaknesses of the idea. For this demo, the class decided that the topic would be “What is the best thing to do over the Christmas holidays?” and some of the ideas were things like “Spend time with family”, “Eat delicious foods”, “Catch up on TV”, etc.

After everyone did the rating, we checked out the results. And by far the best comment was on this one, where the idea of the best thing to do over the Christmas holidays is “Binge watching Netflix”: 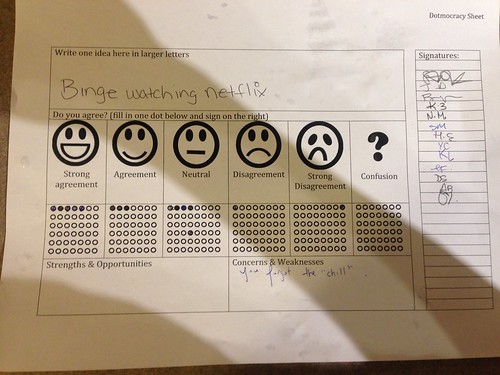 And the comment that one student wrote on it: 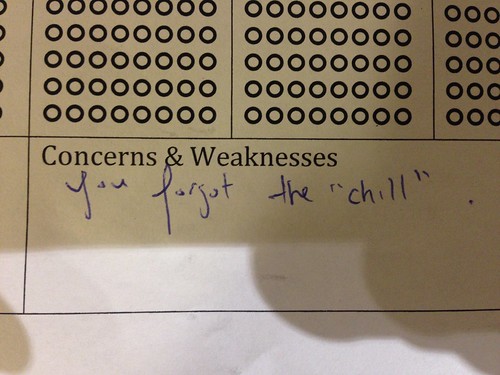 And that explains why tonight I said a phrase that I never anticipated saying as a university professor in response to a student’s question about what a concept means: “You’ll have to Google “Netflix and chill””.

For the uninitiated: Netflix and chill.