Welcome to the World, My New Passport – I Have Big Plans for You! 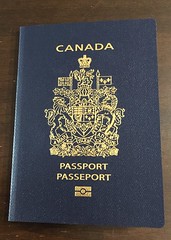 My new passport surprised me by arriving 12 days before its expected due date. It’s a 10-year passport, which means it’s got lots of pages (which I’m eager to fill up with stamps!). The pages are fancier than my previous passport1, which all contained a big maple leaf with a bunch of little maple leaves2 in the background; the new passport has a different image of Canadiana on each page – there’s Terry Fox and Nellie McClung and the last spike in the railroad and parliament buildings and symbols of Aboriginal Peoples of Canada, just to name a few. This version of the Canadian passport also contains a “contactless integrated circuit” – so it’s pretty much a cyborg.

Unlike when I got my last passport, when I had no specific plans of where I was going to go with the passport, I actually have a big international trip planned, which I just realizing that I haven’t blogged about at all! In the fall I’ll be going to Australia! I have a conference to attend in Perth3, and then my travelling companion and I will be heading to Byron Bay for some surfing, then Sydney for some citying, and then on the way home we have two days in Hong Kong. Because we have to fly home via Hong Kong, so why spend 2 hours in HK when you can spend 2 days there? 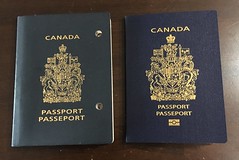 In addition to getting my passport renewed, I also had to get something known as an Electronic Travel Authorization (ETA) – everyone (unless they are from New Zealand, has to get one in order to be able to enter Australia. It was a simple online application and then you don’t even need to put something in your passport; apparently you end up on some list that the airline can check before you board a plane to Australia and the borders peeps Down Under can check when you get there. So I’ve done that, booked flights, registered for the conference, booked hotels and AirBnBs in the various locations we are going to be, and researched fun stuff to do. Perth, which is in Western Australia, has all kinds of cool things we can do, including (but not limited to): desert tour with sandboarding, winery tours, visiting a haunted prison, and Rottnest Island, home to the cutest animal in existence: the quokka! Seriously guys, look at this freaking thing: 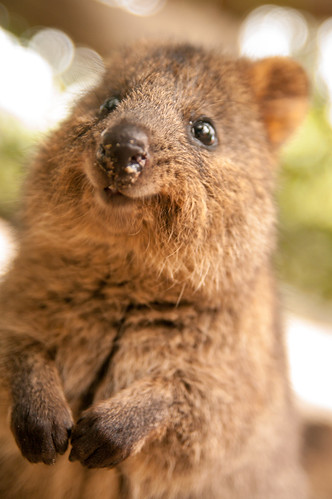 Byron Bay was chosen as our surfing location as apparently it’s a good place for beginning surfers to learn.

And speaking of surfing, let us not forget that January is a certain someone’s certain special birthday and everyone has been invited to join me for a surfing trip to Hawaii! I have done zero planning on that trip so far, despite having 7.5 years of planning time! I haven’t even figured out what part of Hawaii to go to – anyone who knows Hawaii well, I’m open to suggestions!.

My other upcoming trip on which I will be taking this new passport is to go to San Diego in November to run in the USA Half Marathon Invitational! This race is one that you have to qualify to get into – and since my Vancouver BMO half & Montreal half last year were both good enough, I was able to register! I’ve also made zero plans for that trip, though I have some Air Miles that I need to use up before next year, so I’ll likely be using those.

So, it looks like my new passport is going to get quite a workout in the first 6 months of its life with me! I wonder what other places I’ll take it in the subsequent 9.5 years?