Can you believe that it was a decade ago that my PhD was bestowed upon me? A *decade*!! 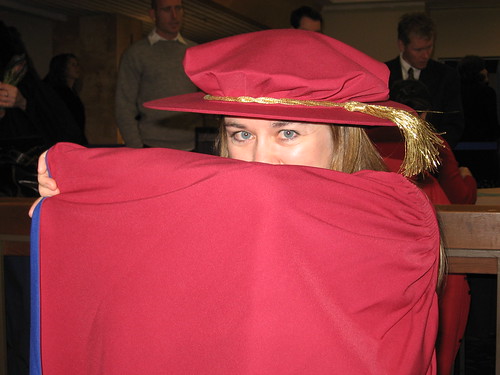 I just cannot believe it has been 3,653 days since I walked across the convocation stage in my fancy shoes, my garish pink robe, and my puffy hat and officially became Dr. Beth. A lot has happened in those 10 years. I went from being an unemployed couch surfer with $72K of student debt to a job having, home-owning, cat-owning, student debt-free published author and absent-minded professor(ish) who added five more letters after my name beyond the PhD.

Also, would you believe that in all that time I’ve only once been called “not a real doctor”1 and that was actually just last week? True story.