My 21st birthday is old enough to go out drinking 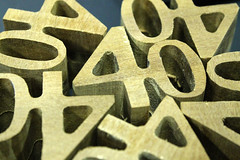 So today I turned 401. It seems pretty hard to believe because I don’t feel a day over 26 and I’m pretty sure I don’t look a day over 35! But the calendar tells me that it was, in fact, 40 years ago that I came into this world. I’m so lucky that it’s 2017 and we have the technology to keep people of my advanced age alive!

Birthday festivities started on Monday when some co-workers surprised me with a birthday cake and diet Pepsi (clearly, my co-workers know me well!). I was lured to this surprise by a meeting invitation, so I showed up ready to talk about the health care IT adoption and instead was greeted with singing and cake! Yesterday, my team took me for a delicious sushi lunch! Last night, birthday wishes started coming in from friends who live in the future (i.e., Australia and Japan), where it was my birthday already.

Today I treated myself by not having to set my alarm, since I have today off. I woke to find a bunch of birthday wishes from my Ontario peeps, who also live in the future (just not as far in the future as Australia or Japan) – including the first ever text that I have received from my mom! I spent a leisurely morning enjoying coffee and some French toast and then did some planning for the birthday party I’m having on the weekend. As per my usual party MO, there will be enough food for at least three times as many people as will actually be at the party.

Right now I have some tradespeople installing some new shower doors on my tub, since the ones I had previously got broken2, so I guess my birthday present to me is that I will no longer have to take showers with a cheap shower curtain duct taped to the frame of the old shower doors. #Adulting The cats are trying to decide if they are more curious or scared by all the noise – Watson has just come out from under the bed, where he’s been since they got here, so I guess curiosity is winning. Crick ran under the bed at first but soon came out to see what was going on, though she’s tending to stay close to me. Ooh, and just as I was typing that last sentence, one of the tradesmen ripped a piece of paper packaging and Watson bolted back to the bedroom!

Tonight I have not one, but *two* hockey games to play, which makes me a happy camper. And my new boy is coming to watch my hockey games, also making me a very happy camper indeed!

All in all, although I am a less than 14 hours into this whole being 40 thing, I don’t think it’s quite as bad as I was thinking it would be – but probably because I still kind of don’t believe it’s true!

Image Credit: Posted by Thainá Gaieski on Flickr with a Creative Commons license.