Last year when I made my herb garden, I learned that one could grow potatoes on their balcony. I didn’t get to try it out last year due to travel and balcony power washing that happened, but decided I would do it this summer. Fast forward to the May long weekend – Scott and I set out to buy some seedlings to plant this year’s herb garden and while at the store, I remembered the potato thing! I hadn’t remembered early enough to actually sprout some potatoes on my own, but fortunately one can purchase “potato seeds” (which are little potatoes that have been sprouted). 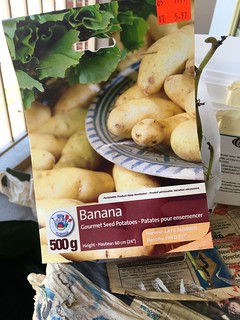 Basically, you cut a bit off of the potato, put some dirt in a bag, and bury the potato cut side down. 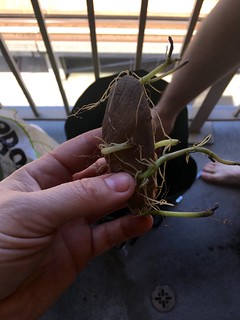 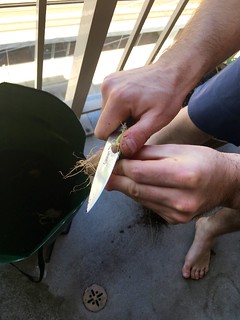 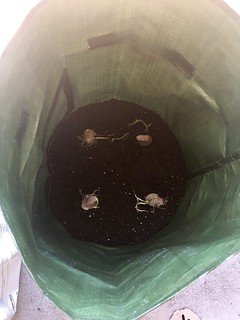 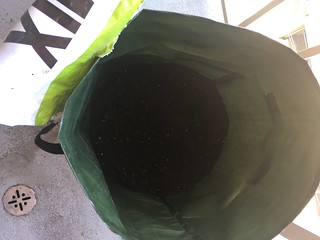 After about a week, you see the plant sprouting above the surface, and then you dump more dirt on it to cover the sprouts and let it grow another four weeks. And then you have potatoes!

As you can see, my potato plants are sprouting quite nicely: 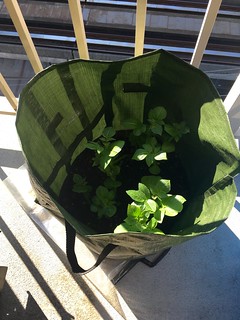 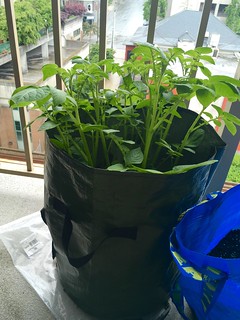 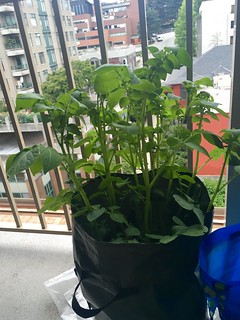 Also, the bag that I bought to grow the potatoes in has am opening, which I’m assuming is to make it easier to harvest the potatoes when they are ready. However, such a bag also doubles as an excellent astronaut costume (as long as it is before you put the dirt in it): 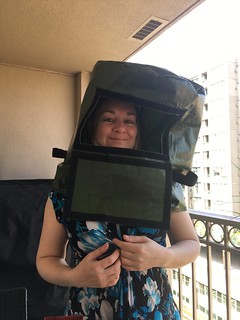 Since I still had more potato seeds, so I decided to get myself another bag to grow a second batch. But since the space suit potato bag appeared to be made out of the same material as Ikea bags, we decided to just buy an Ikea bag for less than $1 and cut a hole in the bottom of it! 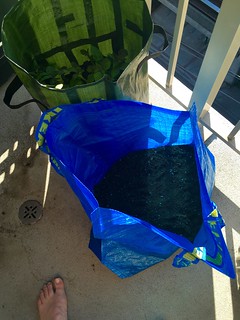 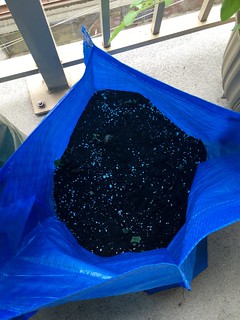 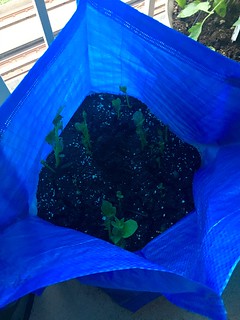 In addition to growing potatoes, also picked up a bunch of seedlings to make this year’s herb garden1. For the record, this year’s garden consists of: 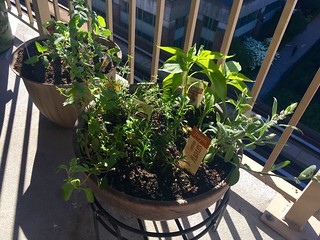 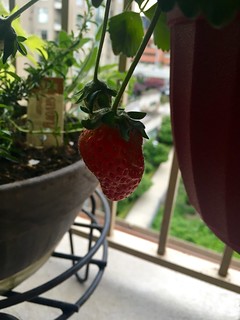 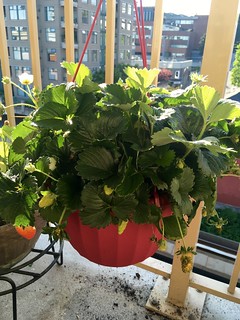 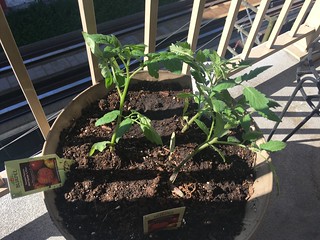 Does anyone know why this tomato is called a “mortgage lifter?”

Also, while we were picking up seedlings, we discovered that the garden store was selling  cat grass seedlings. And seedlings of variegated cat grass. And cat nip seedlings. So guess who got their own little garden? 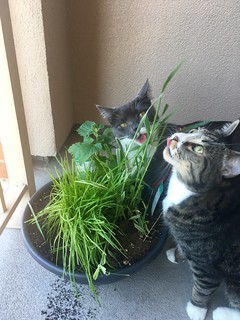 You can’t see it in the photos, but the cats are wearing harnesses and leashes because I don’t want them falling off the balcony!

I also toyed with the idea of growing a hipster garden when I saw that you could buy kale, quinoa, and stevia seedlings, but decided that the cost in money, effort, and space on the balcony would outweigh the joke. Of course, if I had, I would have to have bought the “craft” compost: 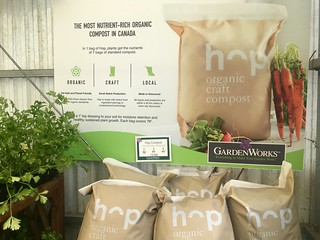 Anyhoo, like last year, I’m enjoying having fresh herbs to cook with, as well as enjoying watching the garden grow! And I’m really excited to get to harvest some potatoes!