Hey, remember that time that I went to Washington? Since I’m on holidays right now, I actually managed to put all my photos into Flickr so now I can show you some of the cool stuff I saw.

I spent the lion’s share of my day that I had for sightseeing at the Smithsonian Natural History Museum, where I saw mummies: 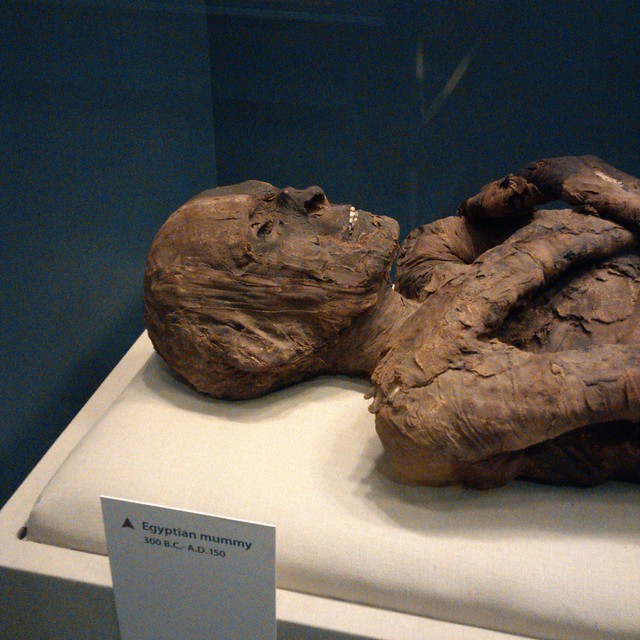 including this mummified bull: 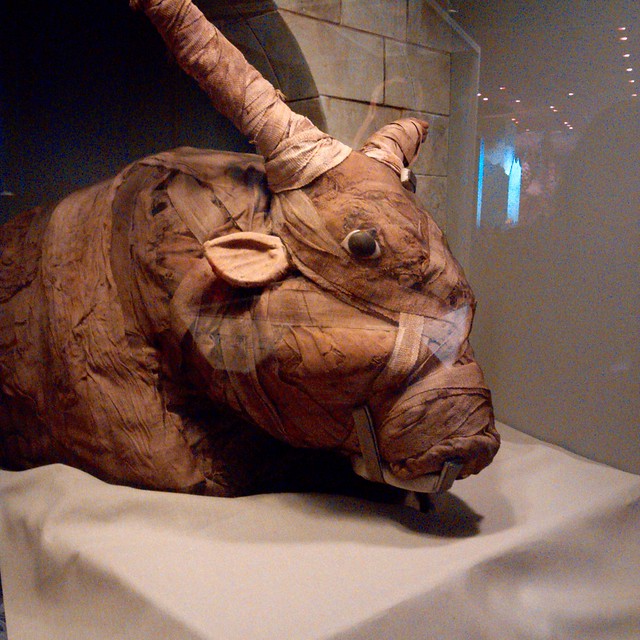 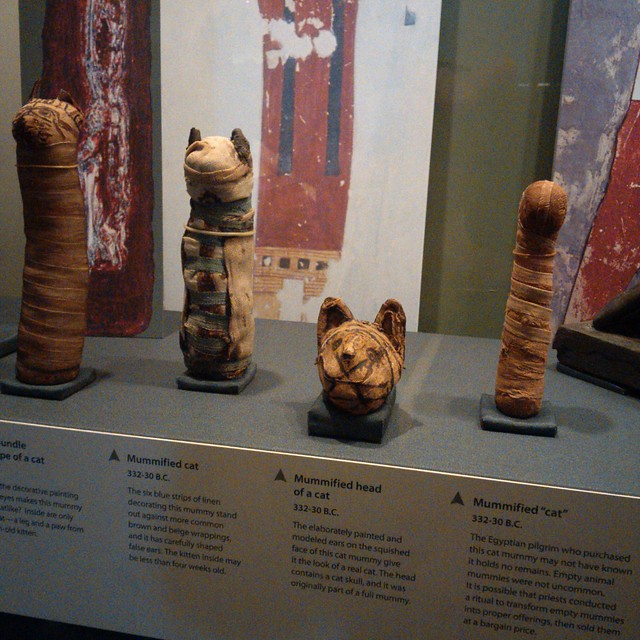 This lion that was shot by Theodore Roosevelt. Poor, sad looking lion: 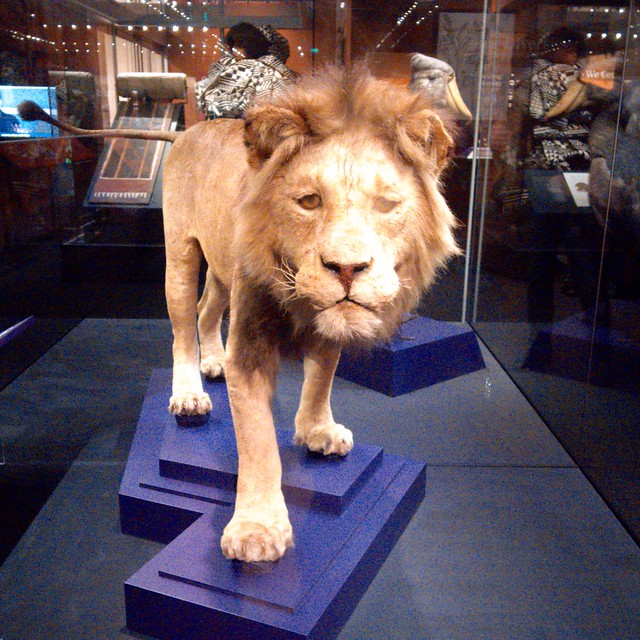 I watched a movie about evolution at the Evolution Theatre: 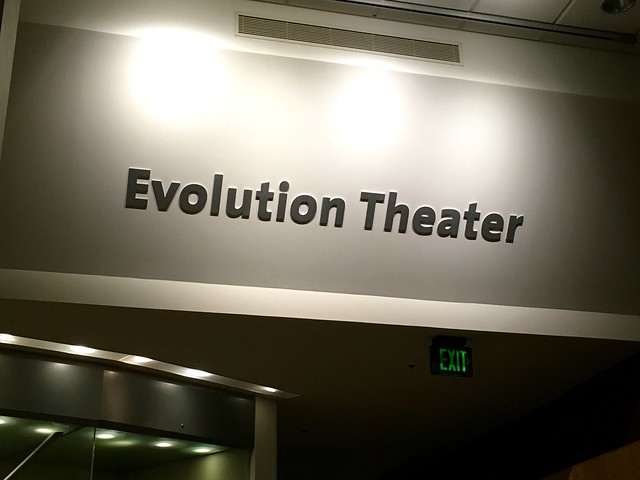 Where I also took this selfie: 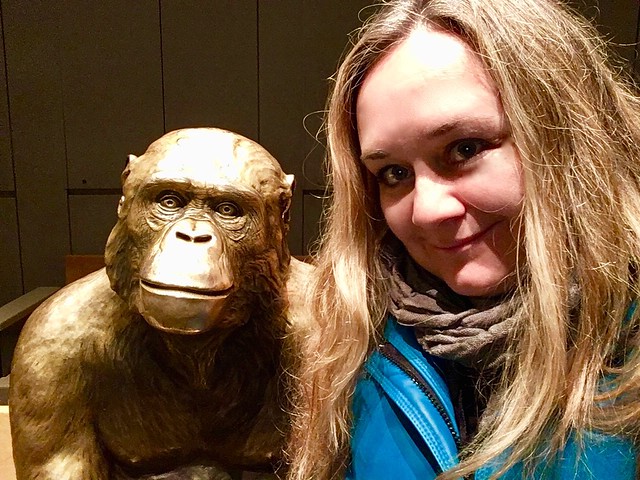 Over in the gem section, I took a picture of the supposedly cursed Hope Diamond: 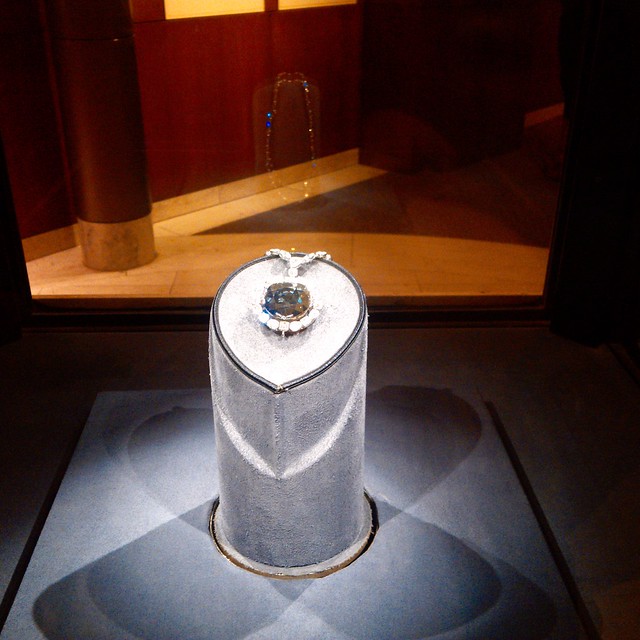 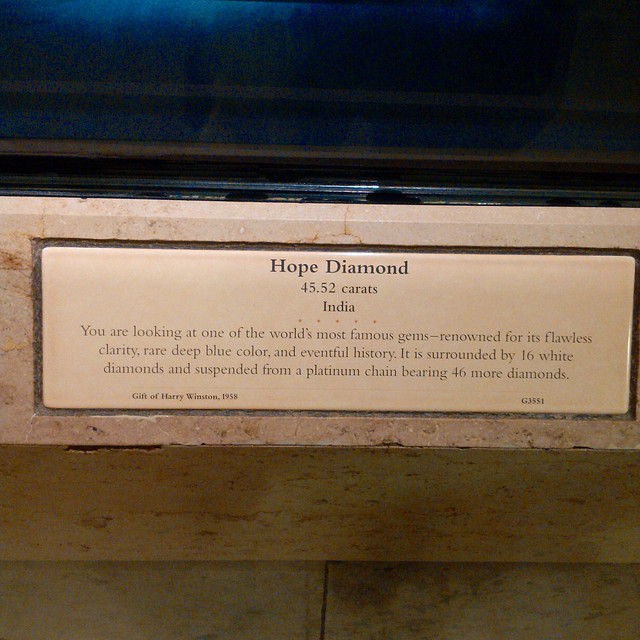 After leaving the museum, I took a quick jaunt through the sculpture garden outside the Smithsonian National Art Gallery: 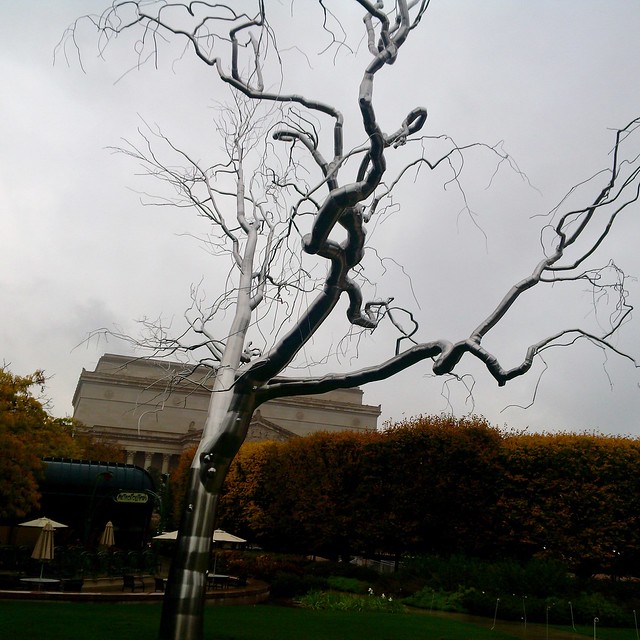 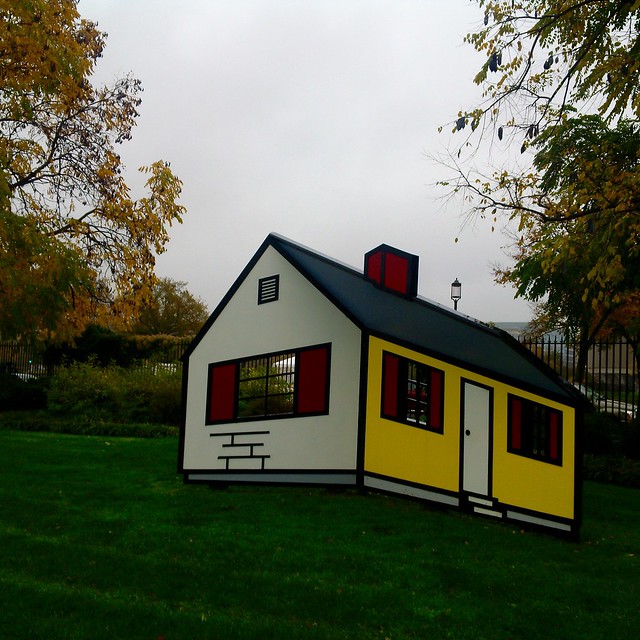 After that, I went to see the Lincoln Memorial, which involved about a half an hour walk along the national mall in the pouring rain. Walked by the Washington Monument: 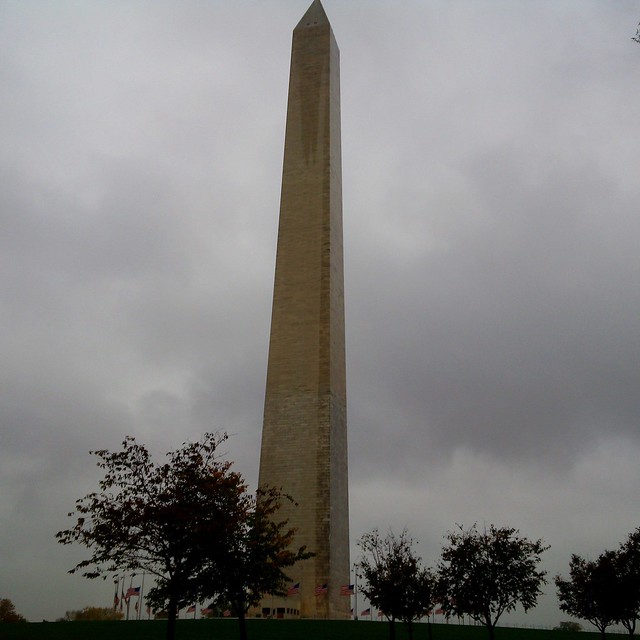 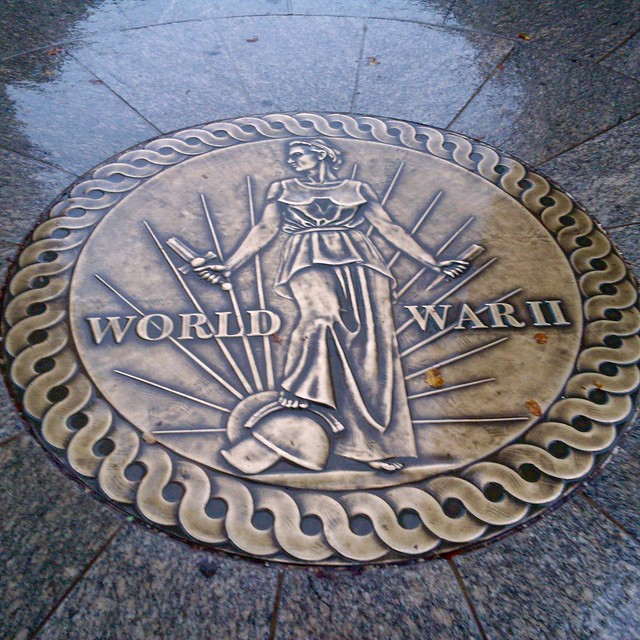 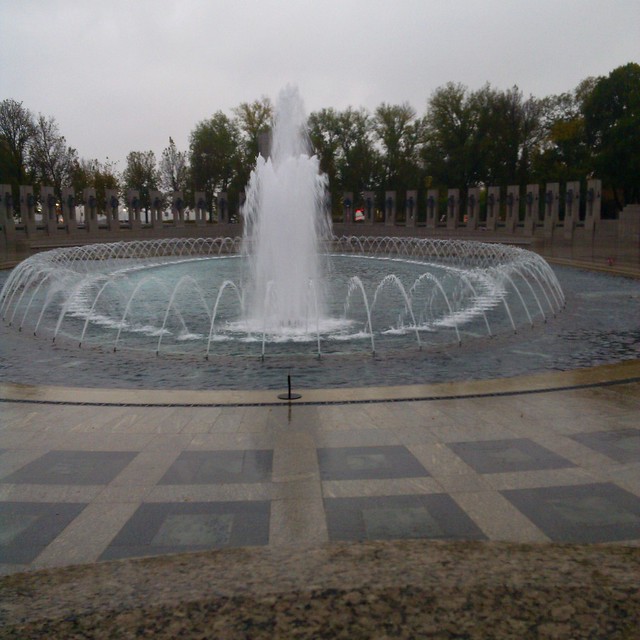 The reflecting pool (you can see the Lincoln Memorial at the end): 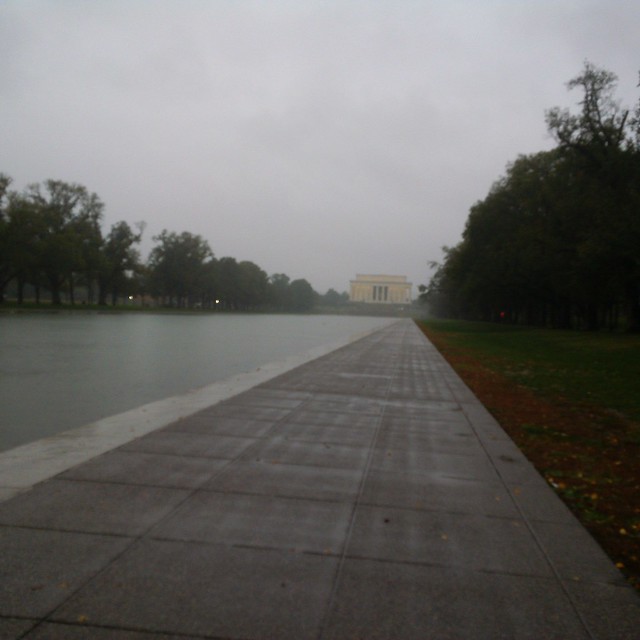 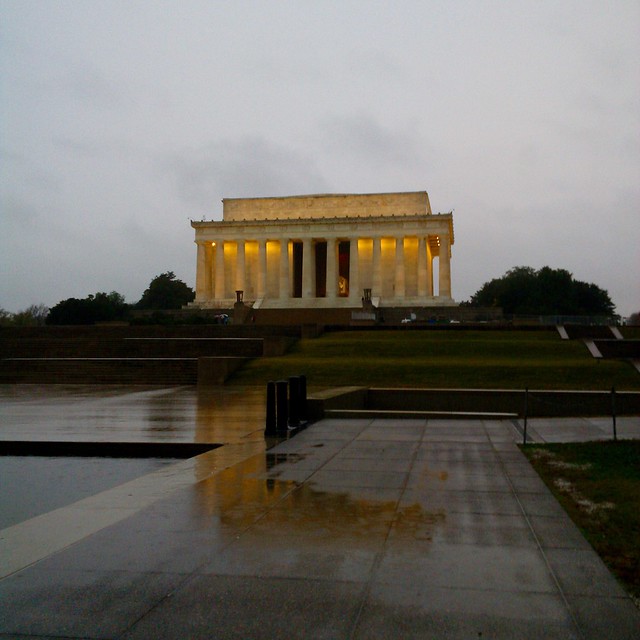 Once I got there, I actually couldn’t get a good photo of Abe – it was too dark and gloomy out! I did, however, get this photo of what Abraham Lincoln would be looking at if he weren’t just a statue: 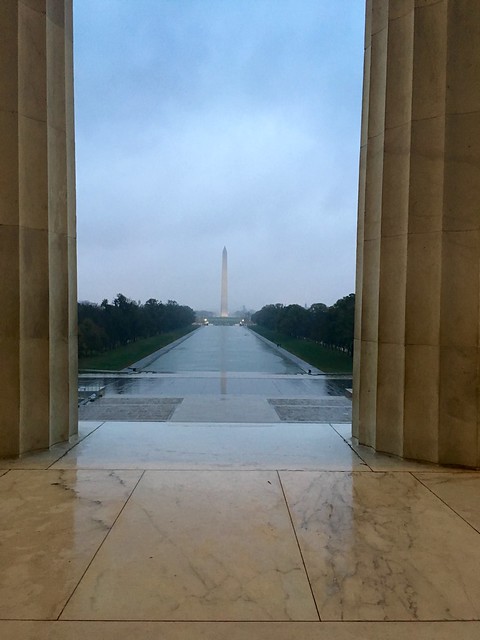 When I’d Google Mapped the directions to the Lincoln Memorial, I saw on the map that just up the street was an Albert Einstein Memorial, just outside the National Academies of Science. Despite the fact that I was cold and wet, I decided to tough it out and go see it, since it was my only day for sightseeing (as the conference that I was in Washington for was starting the next day): 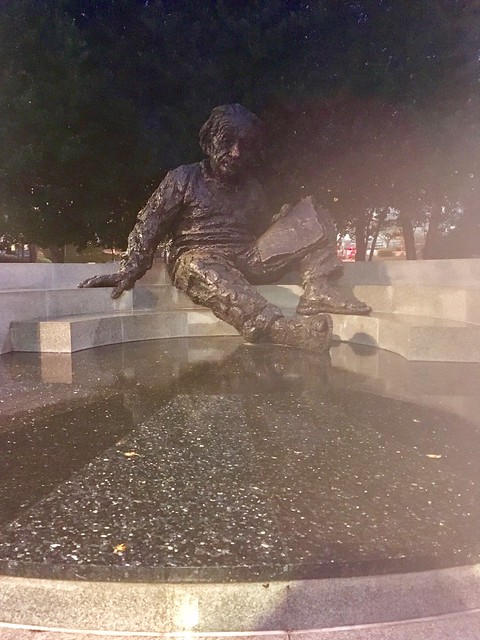 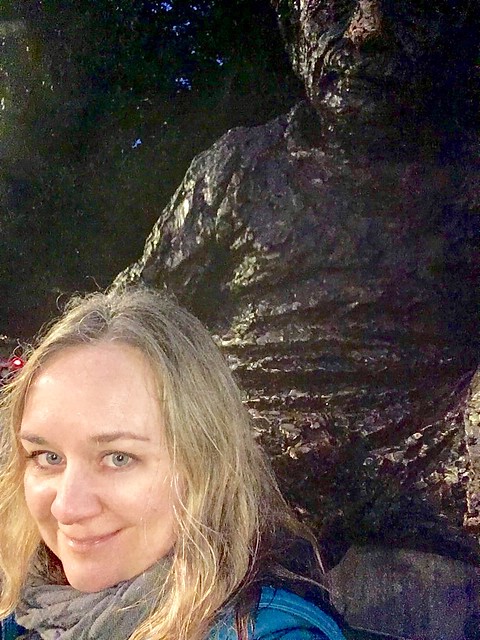 And that was the extent of my sight-seeing, as the next day was conference time! 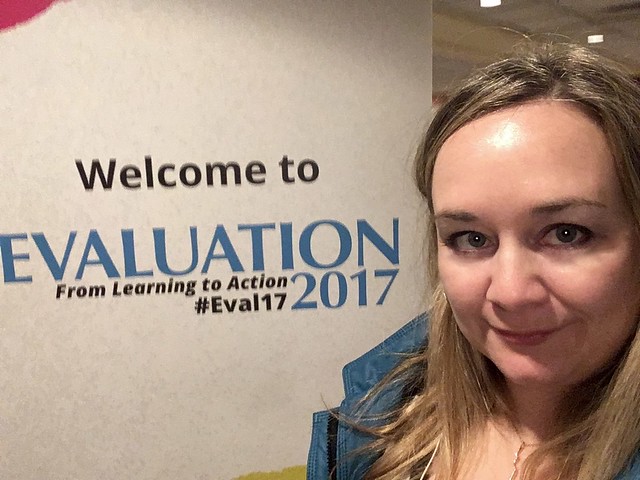 There were soooo many things that I didn’t see, so clearly I’m going to need to go back to see such things as: