So we didn’t actually die in that cabin in the woods, as naming my blog post after a horror movie might have led one to believe. As per usual, life has been busy and here it is 23 days after our trip and I’m finally blogging about it.

Usually when I go on a trip, I come back with a lot of stories (and thus really, really long blog postings). But this trip, while I quite enjoyed it, was not like that. When I got back, my work colleagues were all “how was your trip?”, but I didn’t really have stories to tell. It was mostly “I walked through this forest, looked at these trees, and sat by this water. Then I walked through that other forest, looked at those other trees, and sat by that other water.” Doesn’t really make for good story telling, but it does make for some good relaxation and some nice photos.

We did go to see the Skookumchuck Rapids, but apparently they are much rapider on some days than other (and some days there are super cool whirlpools), but  none of the days we were on the Sunshine Coast were days when the rapids were rapid. Still pretty though.

Trial on the way to the rapids: 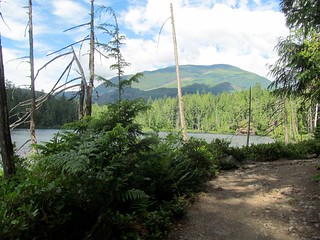 This was on the trail and it freaked me out. It looks like a giant spider that is spying on you: 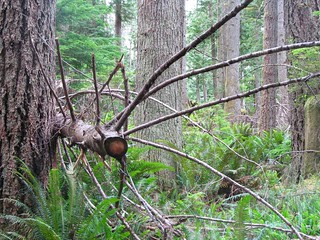 Me in front of the non-rapid rapids: 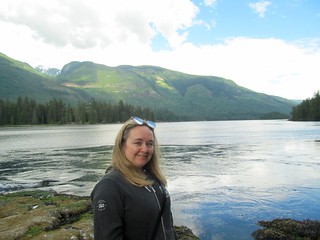 Another place we went was Smuggler Cove. Apparently this cove was a place that was used to smuggle Chinese people who had worked on the railway down to the US to find work after the railway was finished (and thus Canada was done with them, since we don’t have a very good history when it comes to how we treated many people, including Chinese people who built the railway.) The cover was later also used by rum runners to bring booze down to the US during Prohibition. 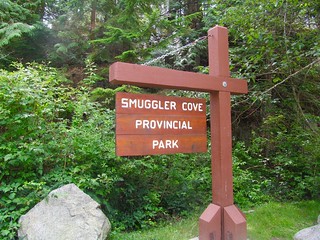 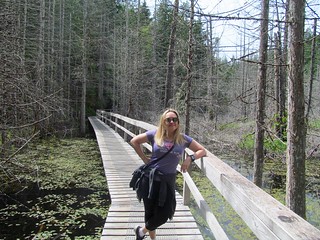 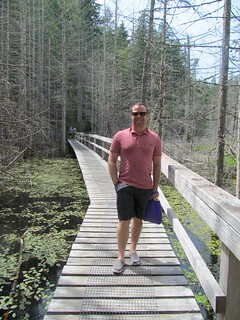 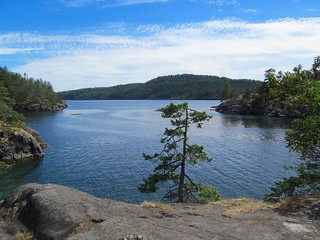 We also went to some random little beach that I don’t even know if it has a name. On the path to that beach, there was this cute little bridge that someone had built to connect their property to the path over a little creek. So cute: 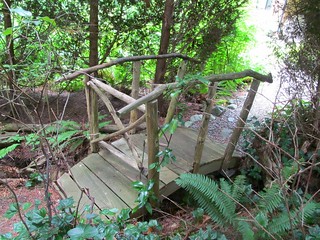 And here’s the beach: 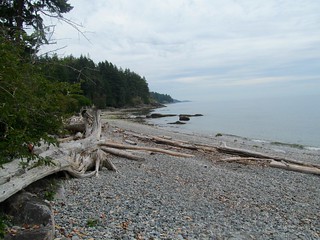 We walked through a bunch of other trails, looked at many other trees, and sat by various waters, but I don’t seem to have taken photos of them.

We didn’t see as much wildlife as I expected – just a few deer, birds, fish, and this snake: 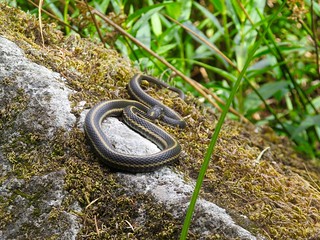 We saw a beaver dam, but no beavers and we saw this turtle sign, but sadly saw no turtles. 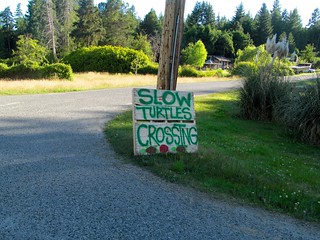 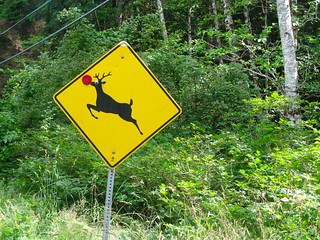 We checked out a few booze-making places, including The 101 Brewhouse & Distillery and Gibsons Tapworks (both of which I appear not to have taken any pictures), and Bricker Cider, where I did take photos because their logo is adorable: 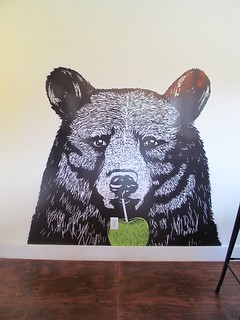 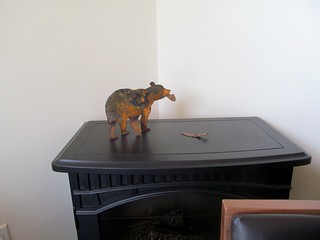 I’m not usually big into ciders, but I got a flight and quite liked all the ones I tried – especially the peaches & cream, which was their seasonal flavour at the time. It was so smooth and they weren’t sickly sweet, which ciders sometimes can be.

I also snapped this shot of Sechelt Hospital to send to my team at work, as it’s one of the hospitals that is involved in the project that we are working on: 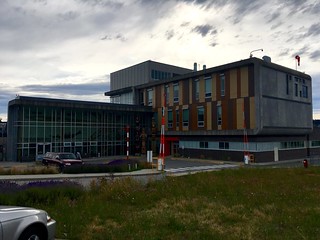 We also saw the Persephone, the boat from the TV show the Beachcombers: 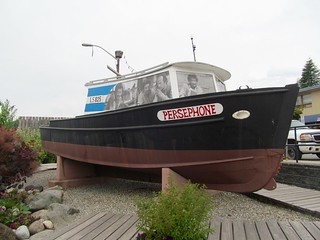 It’s right near Molly’s Reach, the cafe that the characters on that show hung out at, but I don’t appear to have taken a photo of it (I totally thought I did).

All in all, it was a very nice and relaxing place to visit, which was totally the kind of trip we needed after some very busy and stressful work that both of us have had lately. A++, would Sunshine Coast again!