I arrived home today to find a little something unexpected in my mailbox: 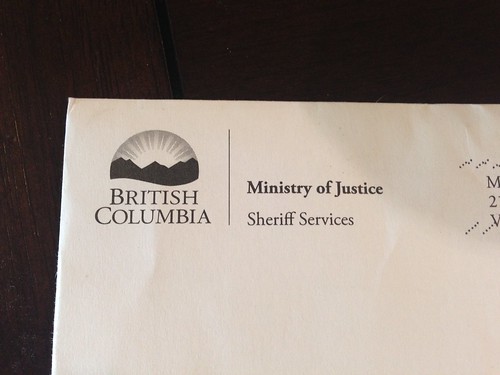 Mail from the Ministry of Justice? 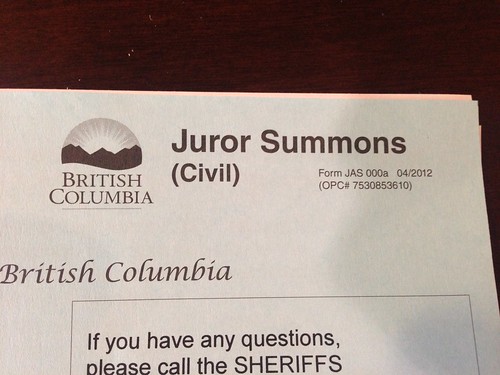 Apparently, I’ve been summoned for jury duty at the end of September!

It’s a funny coincidence as just the other day I was talking with a friend about jury duty and how I’d never been summoned before. Clearly, I’ve jinxed myself1.

Given that I’m just about to start a new job, it’s not really the best timing for such a thing2,3. I tried to log on to the online jury summons response site, where apparently I will be able to select the “excuse tab” and see if I satisfy any of the “excuses” that will allow me to be exempt, but the site doesn’t work on Google Chrome or Safari, which are the only two browsers I have on my computer at home. So I guess I’ll check that out from my work computer tomorrow.

In the meantime, have any of you been called for jury duty? What was it like?