It rained in Vancouver yesterday, so naturally everyone was all “WHEN ARE WE GOING TO GET SUMMER?????” and then I was all “Um, didn’t we have like 2 weeks of straight sunshine? Haven’t we had summer weather pretty much since April??” And then I was like this:

So then I decided to go to the data. According to vancouver.weatherstats.ca, this has been our rainfall in Vancouver for the past two weeks:

So we haven’t had *straight* sunshine for two weeks leading up to yesterday’s rainy day – we had a whooping 0.6 mm of rain on Aug 2 and 1.8 mm on Aug 3. And then no other rain in the past two weeks!

And then I looked at the temperatures. According to Accuweather, we had temperatures at or above the historical average for:

Here are the graphs, because all data should always be graphed2! 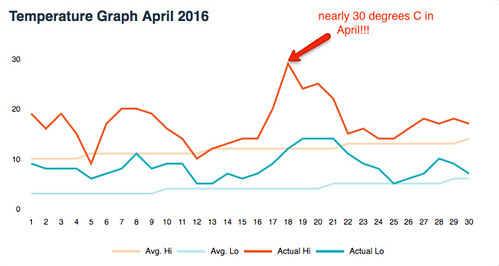 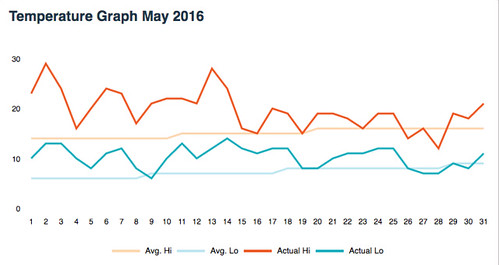 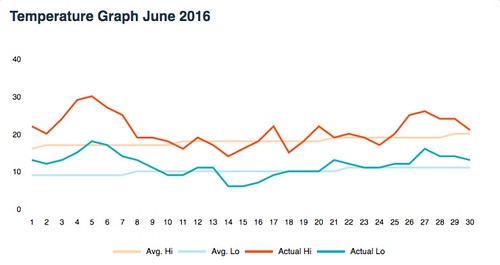 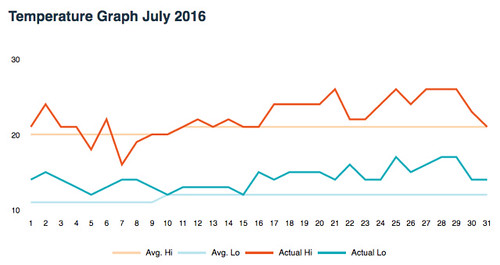 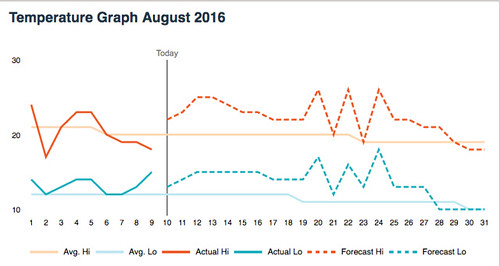 Now, I realize that last summer it was even hotter and much, much drier. So much drier that we were on water restrictions due to the drought were experiencing3. But this summer has been warm and sunny here in Vancouver and I’m actually sad that it’s on its way out – sunset is coming noticeably earlier and I’m having to think about whether I need to bring a sweater with me when I go out if I’m going to be out until the evening, which I haven’t had to do for quite some time. But I am glad that we’ve had a long summer and I do plan to enjoy the remaining above average temperatures we have coming for the rest of this month!