Living in Metro Vancouver, I tend to think of February as springtime, because often, at least by the end of February, it’s all cherry blossoms and spring temperatures. Or perhaps it’s not so much “often” as it “it’s happened enough times in the 17 years I’ve lived here that I’ve decided that’s what I’m considering normal”. But I digress. The point is that I think of February as not-winter. This year has proven me wrong, what with it being late February and us digging out from yet another blizzard (where by “blizzard” I mean “snow fell and didn’t immediately melt when it hit the ground). Here’s some photos from today: 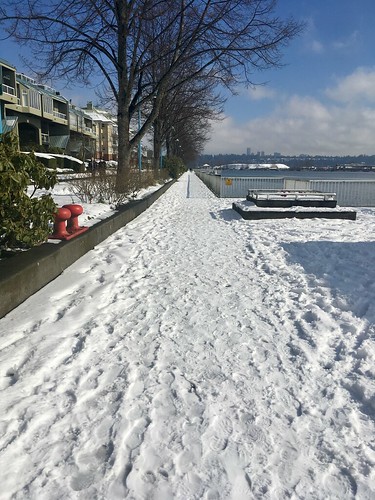 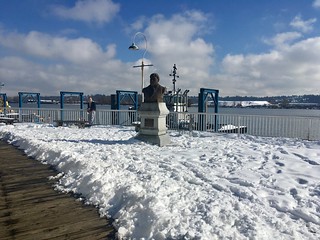 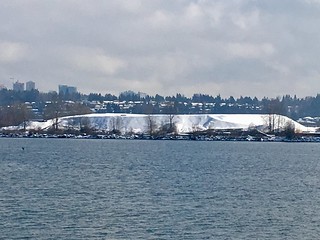 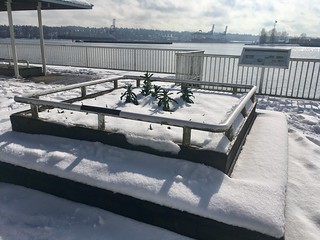 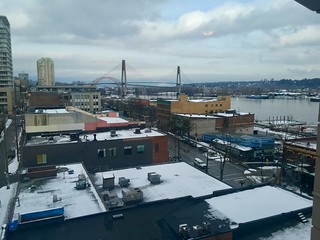 So that makes it seem like we made a pretty good call to book a trip to Hawaii right about now, right? Except here’s the forecast for Honolulu (red box = days we’ll be there): 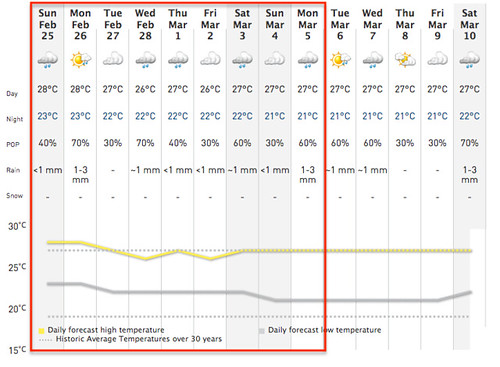 Not exactly the sunshine I was hoping for! But I guess it won’t matter that much if it is raining when we are surfing – we’ll already be wet, right? And the high 20s sounds a lot better than the single digits that it will be back home: 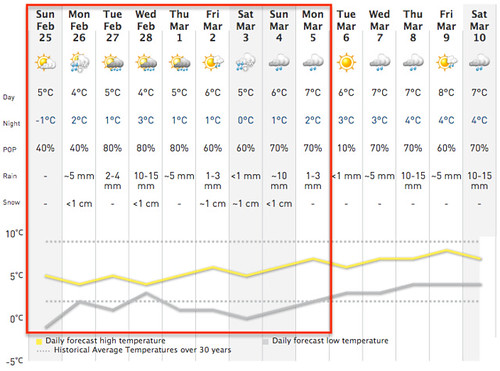 Here’s hoping all that snow is gone by the time we get back!

Each week in the newsletter at work, they do a short profile of someone working on the project. Just a few questions, like “What’s the last book you read?”, “What’s your favourite place you’ve ever visited?”, and “If you could have dinner with someone, alive or dead, who would it be?” A few weeks ago, they did my profile and my answer to that last question came to me immediately: My dad. He’s been gone six years now, and I really wonder what he’d think of all the things going on in the world these days. I wonder what he’d have gotten up to in his retirement years.

He’s been gone six years now, and I still think of him all the time. When I was fixing something around the condo, I was thinking about how he taught me how to use a screwdriver; when I shot two pucks just over the net in my game on Wednesday, I just wanted to call to tell him about it because I know he’d understand the mixture of pride (I lifted the puck that high!) and frustration (so close to scoring, but yet so far!); when I avoided a collision the other day on the way home from work when someone tried to change lanes without looking at their blind spot and so just swerved right at me, I thought both about how he’d taught me to drive *and* that I was screaming at the other driver just like he would have been. 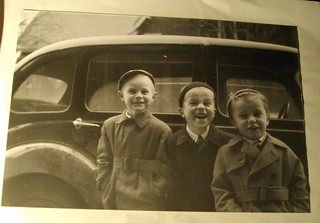 My dad and two of his brothers (Bob and Greg).

Five New Foods, Two Books, and One Hell of a Deadlift

After last year’s pathetic display of accomplishing so few of my goals, I’ve decided to come out of the 2018 gate strong. In fact, I’ve already made 5 new foods/beverages that I’ve never made before (of my goal to make 18 new things year), finished 2 books (of my goal of 18), and deadlifted my body weight! 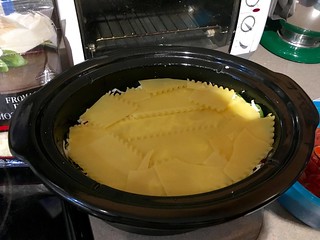 Making lasagna in the slow cooker 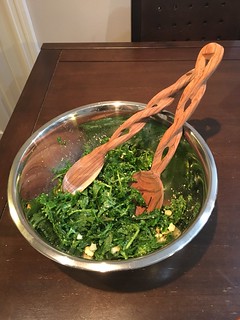 And then the one that I’m most excited about: I deadlifted more than my body weight! One of the challenges to doing this was that my body weight has increased due to the muscle mass I’ve put on from all the weight training4. I’d thought I’d lifted my body weight one time last year but then when I got home and weighed myself to confirm, I found that I’d been just shy of my weight.

Since I’m of the generation of Canadians that still thinks of our body weight in pounds instead of kg, I had to do the conversion to confirm that this was, in fact, more than my body weight: 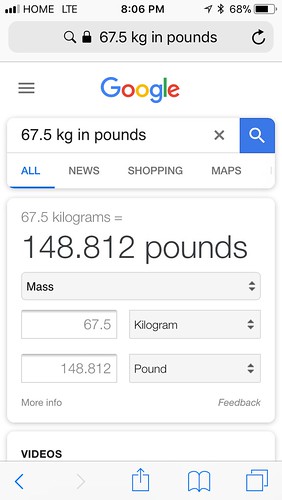