Life seems to have gotten extra busy, so I’m resorting to writing this blog posting on my phone during my morning commute [and then posting it tonight, now that I’m home from my hockey game, with a few edits made and photos inserted!], despite just yesterday saying to my sister “I don’t know how you can write a journal article on your phone!” I stand by my sentiment that this is not the ideal way to type out a long piece of writing but (a) my evenings for the foreseeable future are booked up and (b) when I tried to turn on my ereader just now, the battery was dead so what else am I going to do on this Skytrain ride?

I’ve tried out making quite a few new food items towards my goal of making 16 new food or drink items I’ve never made before.These include this grilled zucchini salad: 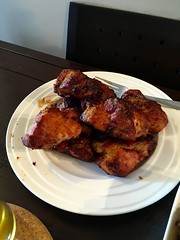 Garlic Scapes2 – I made them both sautéed and BBQ’d: 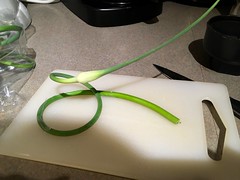 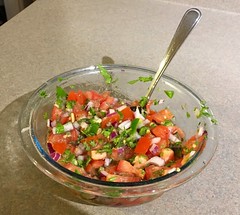 Smashed potatoes ((These are delicious. I’ve made them several times now because they are good!)): 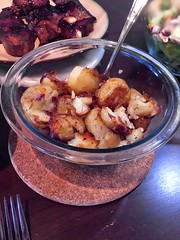 I’ve made a total of 11 so far and since it’s only just past halfway through the year, I’m ahead of schedule.

Another goal for this year is to knock 16 items off my 101 list and so far I’ve only done 3 in 2016, which means I’m way behind schedule on that one! The most recent of the 3 was to “go for a ride in a float plane”, which I did when I returned from Salt Spring Island to Vancouver last week. It was super cool!

Tangent: While on Salt Spring, we played a fair bit of tennis. I tracked it with my GPS watch to see how far I ran – here’s a map of one of our matches: 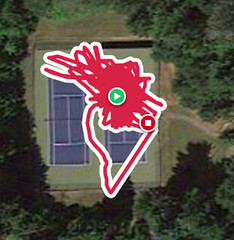 We also saw some goats and chickens at Salt Spring Island Cheese: 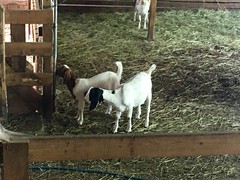 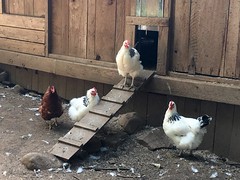 My cats are still the most awesome cats who have ever catted. Even despite the fact that Watson is kind of a jerk who never lets his sister on the cat tree. You know the giant cat tree that I bought them that is big enough for like 10 cats? Watson seems to think it’s not big enough for more than 1 cat. And if the 1 cat is not him, then it’s not even big enough for 1. If Crick tries to go to there, he chases her off. Sometimes he doesn’t even stay on the tree – he just doesn’t want her on there. Like I said, he’s kind of a jerk. But I still love him. 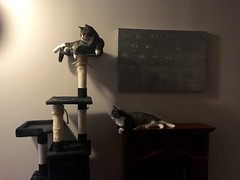 Poor Crick is relegated to siting on the fireplace mantle, since Watson will not share the cat tree. 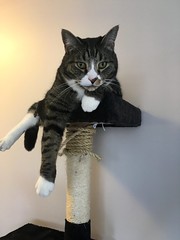 Lord Commander Watson Snow is the Watcher on the Wall

Crick gets him back by eating his food. I always put their food in two dishes and usually, Watson will have a few bites and then wander away to clean himself. Meanwhile, Crick eats her entire dish and then starts in on his. She’s a little piglet. And I love her. 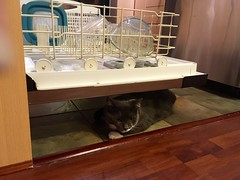 Crick is hiding from her brother 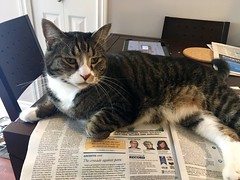 Watson is keeping up with the news 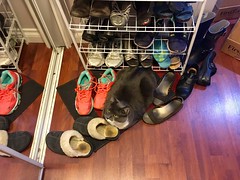 Crisk is disguising herself as a shoe 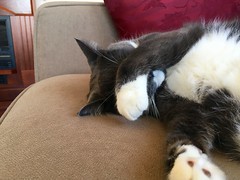 It’s too bright in here!