It started on Saturday night and it’s still falling. 80,000 people are without power. My roommate was stuck on the I-5 for 7 hours on her way back from running the Seattle half marathon yesterday due to a 16 car pile-up. And since Vancouver has a grand total of 1 snow plow*, this means the city is pretty much closed. This was the conversation my roommate and I had earlier:

Her: I was supposed to have a presentation in one class, a really important lecture in another, a paper due and a meeting tonight, but classes are cancelled.

Me: Sweet. We should build a snowman.

Her: Yeah. I should get some work done too.

Me: Yeah, me too. I have to do the revisions on my paper. Oooh, I want to build a snow rat!

Her: Yes, you would.

Me: We don’t get snow that often. It’s the responsible thing to do.

Her: Yes. We must utilize our available resources.

We decided to walk to the store, first as we had almost nothing to eat at our house. And, being the photo-crazed individuals that we are, we took some photos of the winter wonderland. 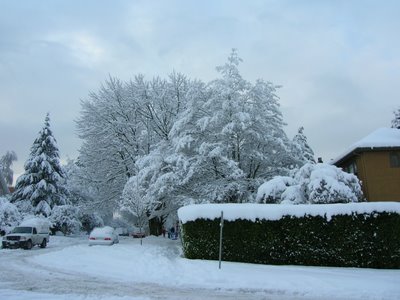 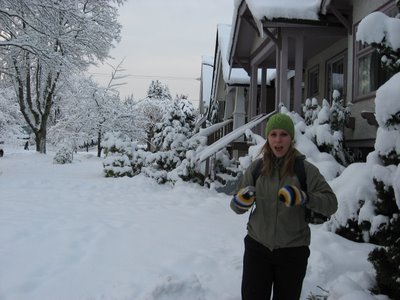 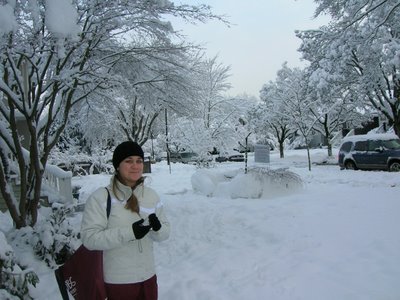 But when we got to the store, it turned out that it was: 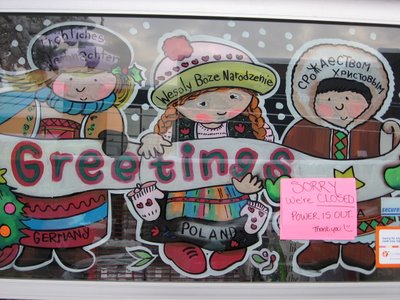 So we went home and, despite being hungry because we still had no food, we made our Snow Rat. Isn’t he cute? 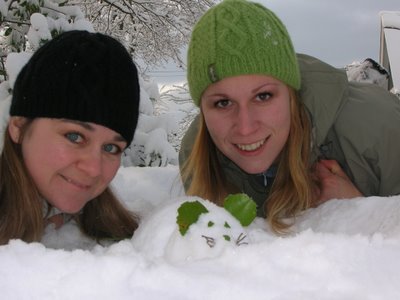 *I don’t think this is actually true. But it’s the rumor, so I’m going to propogate it anyway.