58. Ski at Whistler
66. Take the Peak to Peak gondola in Whistler

Daniel got me lift tickets for Whistler for my Christmas present, which allowed me to knock the two aforementioned items off my list. We had a fantastic time! 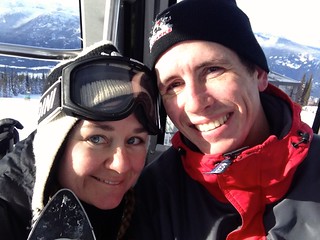 Daniel and I on the Peak-to-Peak Gondola going from Blackcomb to Whistler – thereby achieving two things from my 101 list that day!

27. Update my address on every account I have by the time my mail forwarding ends
28. Update my budget to reflect my new financial situation

A couple of boring ones, but important!

64. Go on a Paddlewheeler cruise down the Fraser River

The Paddlewheeler is a paddle wheel-powered boat that travels up the Fraser River doubling as a pub on the weekends. There was a Groupon deal for tickets, so Daniel and I did this back in April and it was pretty fun!

Kiva is a microfinance organization where you can loan money to people in need, primarily in developing countries. It’s a fantastic way to support people who can’t get access to traditional financing to build their businesses, get an education, and build their communities. Typically the loans are about $25 per loaner, with a group of people loaning the total amount the loan recipient needs. I was originally introduced to Kiva by my friends Sarah and Dave, who gave me a gift card of money to loan through Kiva. As the loan recipients pay back their loan, I then loan that money out to other people. Every once  I add more money to the pot – usually when someone is offering to match any new funds that are loaned during a given period of time, and I decided that in my 1001 days I wanted to double the amount I was loaning out, from $76 to $151. I’m currently at $200 being loaned out, so I’ve more than met this goal.

93. Get a book chapter published

This one I added to the list knowing that I’d have a very good chance of achieving it because I was already working on the chapter! If memory serves, we didn’t have a publisher secured at that time, but the book editors were working on it and they had experience publishing several academic books like this one, so I was confident that we’d get the book published. It doesn’t appear that I’ve blogged about the book – oops! Anyway, it’s called Transforming Addiction: Gender, Trauma, Transdisciplinarity and I co-wrote chapter 2 “Fostering transdisciplinarity in addiction research training” based on my experiences as the Program Director of a transdisciplinary addictions research training program, which was my first job post-PhD. You can buy the book on Amazon or Chapters if you are so inclined. 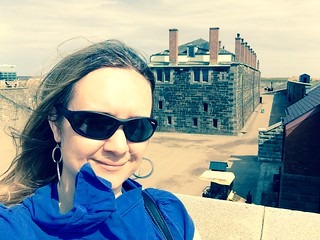 Nova Scotia was one of the two remaining provinces that I needed to go to in order to have been to all 10 provinces. The last one is Newfoundland and I’m hoping to go there for a conference that I really want to go to next year. Then I have to conquer the remaining territories – I’ve been to the Northwest Territories, but I have yet to get to Yukon or Nunavut. 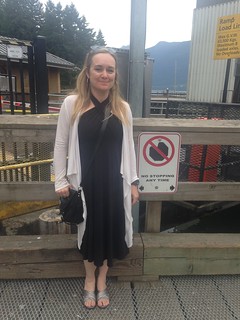 Waiting for the ferry to return home from Bowen Island

This one is a little closer to home than Nova Scotia, but for some reason, I haven’t been to any of the islands around here, other than Vancouver Island. Bowen is a small and easy-to-get to island and I’d heard that it was quaint, so I put it on my list of 101 things to do. I ended up going there when my mom and sister were visiting. I’d been told there were cute little shops and restaurants there and that was true, though there were far fewer of them than I’d expected. But we did some shopping and had a delicious lunch and I got to knock this item off my list!

This is another one that I achieved while my mom and sister were visiting. We went to Granville Island and I found a lovely herb garden in a box that contains parsley, sage, chives, marjoram, and peppermint and it only cost $13. So I bought it and put it on my balcony and now I have a balcony herb garden!

86 Decorate a cake in a creative and awesome way 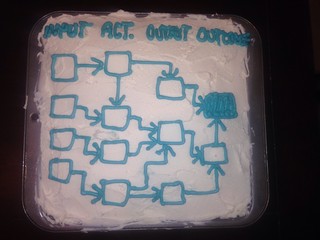 I had a colleague who has been working with me since last August and we have spent several months building logic models. Logic models, for the uninitiated, is a tool that is commonly used in program evaluation and it depicts the relationships between inputs, activities, outputs and outcomes (basically, it shows the “if.. then” logic where “if you have input w, then you can do activity x and if you do activity x, then you will get output y, and if you get output y, then you will get outcome z.” These logic models typically are represented by a bunch of boxes linked by arrows. Anyway, this colleague finished up on our project recently as she is moving and at her last team meeting with us, I made her a logic model-themed cake.

I’m pretty happy with having achieved 11 out of my goal of 15 things, and I’m hopeful that I’ll achieve another two very soon: