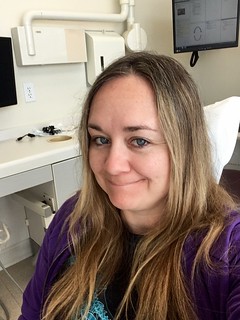 As you can see, I’m not thrilled to be sitting in this chair