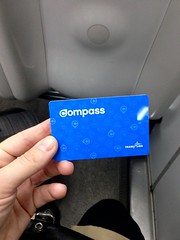 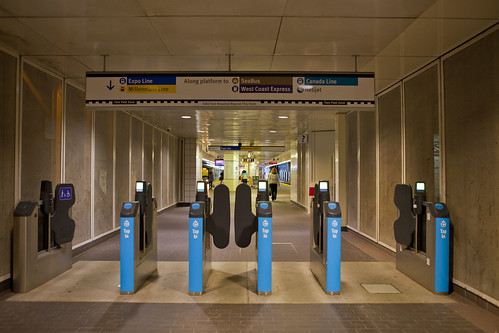 Since the conference that I’ve been at this week is in Vancouver, I’ve been taking Skytrain. And I have to tell you, I so much prefer taking Skytrain to work instead of driving! I can read and drink my coffee and not have to worry about terrible drivers like I do when I’m driving!

Granted, it’s been beautiful and sunny these past two days, so it’s been great to walk between the Skytrain Station and the conference hotel – a little bit of exercise that fits nicely into my day! – and it wouldn’t be quite the same if it were cold and rainy. But still – better than driving. Also, the trip home this afternoon was in peak rush hour so I was sardined into the train so tightly I couldn’t even get my textbook out of my bag to read. But still – beats driving!

Tomorrow is the last day of the conference and since I have to go out to UBC afterwards, I’m driving instead of Skytraining it1. Driving into Vancouver during morning rush hour is craptacular, so I’ll probably go in extra early to avoid the traffic and work at a coffee shop until the conference starts. Because if I have to be sitting around, I’d rather sit around a coffee shop and get work done than sit in traffic!

But never fear, I have to go to Vancouver both on Thursday night and on Saturday, so my transit pass will continue to get a workout