When we last left our heroine*, she was stuck in the world of detox diet, eating apples and rice cakes and totally jonesing for a diet Pepsi. Before I started the detox, I thought that the whole idea was bunk. After having tried it, I’m thinking it’s bunk. On the plus side, it kept me off the sauce for 12 whole days. Also on the plus side, we made some wicked delicious foods.

Now, my roommate and I are totally foodies. We once spent an entire evening at her friend Sheila’s place talking about nutrition and trading recipes. We once made her little brother walk around a grocery store while we read nutrition labels on all the food packages… for fun**. So we spent our 12 days of detox coming up with new and exciting dishes. I felt like I spent the better part of the week chopping vegetables, as seen here: 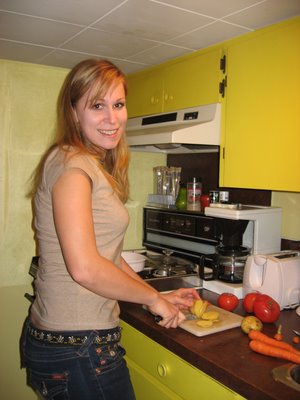 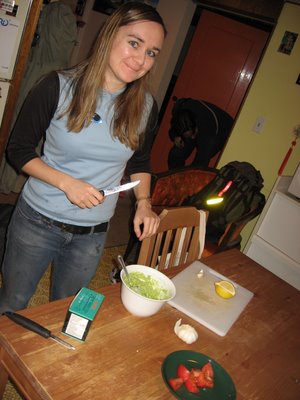 But check out how good these foods look! 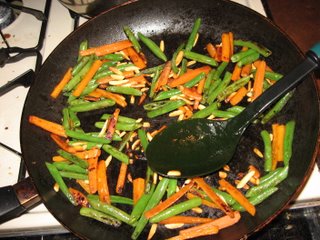 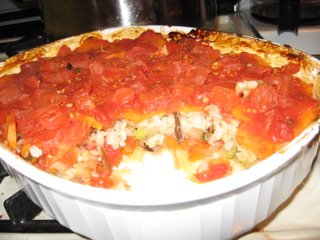 Green beans, carrots and almonds. Seven-layer veggie casserole. You know you are jealous.

And even crepes made with spelt! And roasted apples, pears & berries! 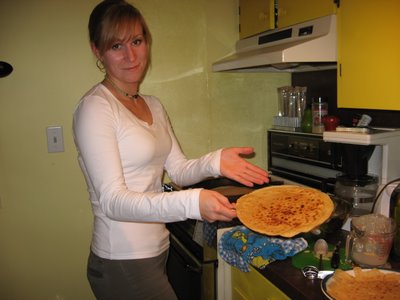 By the end of the 12 days, I was pretty much just sticking to the program out of sheer stubbornness***. But I did it – 12 days with no black tea, no alcohol, no added sugar or salt, no bread products, no mushrooms, no tropical fruit and no sweet sweet diet Pepsi. At 12:07 am on Saturday, I ate a dark chocolate Turtle**** to celebrate the end of the detox. Saturday morning meant a trip to Cobs Bread for breakfast. And a Timmy Ho coffee. But the big retoxification began at dinner… as you may recall, the retox plan involved Nevermind, a portobello mushroom burger and a bellini served in a fishbowl. Apparently Nevermind didn’t receive the memo. My hopes were dashed when the cute waiter told me, “the bellini isn’t frozen.” So I had to make due with a Surfer on Acid*****, a Jail Bait******, a Strongbow cider and, of course, the precious precious beer, courtesy of Taylor Pyatt. Unfortunately, he didn’t actually purchase said beer himself. For you see, he was playing hockey at the time. And I was watching said hockey game on the big ass screens they have a Nevermind. In addition to big ass screens, Nevermind also has a “player of the game.” And if said “player of the game” scores a goal, everyone in the bar gets a free beer. And guess who was the “player of the game”? And guess who scored a goal? That’s right, Taylor Pyatt contributed to my retoxification, and he hasn’t even met me. Yet. 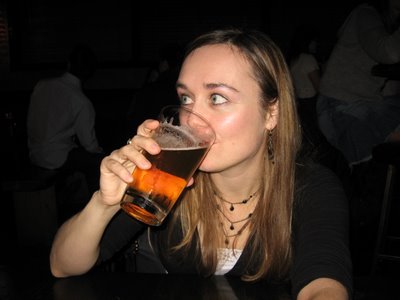 **her little brother most definitely disagreed with us on the funness level of this activity.

***I have been known to be somewhat stubborn. In fact, when my PhD supervisor was considering taking me into her lab, she called my MSc supervisor to ask what I was like. Apparently he told her I was stubborn. Fortunately, she considered this to be a good thing and took me in anyway.

****We were watching Into the Blue at Kalev’s house and he generously donated a Turtle to the cause as I had left the Ferrero Rochers that I bought for just this purpose at my house, thinking the movie would be over and I would be home well before midnight. Thanks Kalev!

*****While this link to Drinknation.com will tell you that a Surfer on Acid is Jäg, Malibu & pineapple juice, a Surfer on Acid at Nevermind also includes Red Bull. And you know how I feel about Red Bull and Jäg.

******or two. You know how I love jail bait. I can’t seem to find a link to a recipe for Jail Bait anywhere on the internets. I google searched “jail bait drink,” but you can imagine how that turned out. A Jail Bait at Nevermind was Stoli Razberi, peach liqueur and 7up. Good times.

2 Replies to “The Detox is Over. The Retoxification has Begun. Oh ya, and I Got a Free Drink Courtesy of Taylor Pyatt.”