Three blog postings in one day yesterday? That must mean (a) Beth has real work that she should be doing but isn’t, (b) Beth’s roommate has gone home for the holidays and there is no one here to listen to her various witty remarks, so she feels the need to blog.

Also, it appears, at least on my screen, that those clips from You Tube that I posted earlier are too wide and so they cover up the stuff on my sidebar. And, since I’m too lazy to figure out how to re-size it, I figured I would just write another post to push that one further down on the screen. And I also figured that if I put photos in, it would be even easier to make a sufficiently long posting to do so. So I dug through the images I have on my computer* and found some cool shiny things for you to look at.

This is a cool pic of downtown Vancouver that I snagged off the ‘net one day. Not sure where it is from or what I needed a pic of Vancouver for…. but I like it. 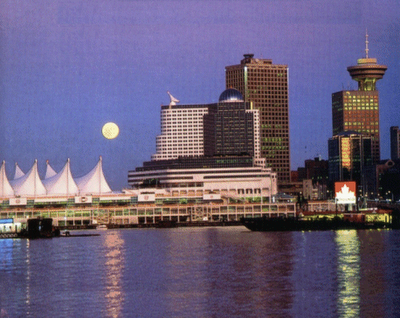 This next one comes from the Facebook group “All My Money Goes to Starbucks”… a group of which I am most certainly not a member.: 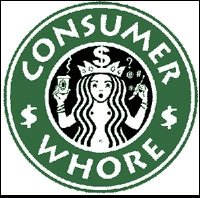 Facebook groups of which I am a member include: Church of the Flying Spaghetti Monster, Fuck this shit…I’m transfering to Hogwarts, The “I am Less Proud To Be Canadian Now That We Have a Conservative Government” Group and the first group I ever joined, Jon Stewart, bed me now**.

Next we have a pic of me as a South Park character. Aren’t I adorable? 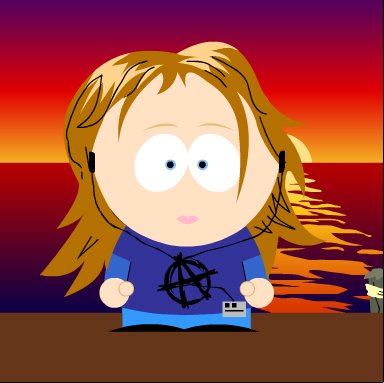 I loved this book when I was a kid:

This is a pic of my neice from last Christmas… it speaks for itself: 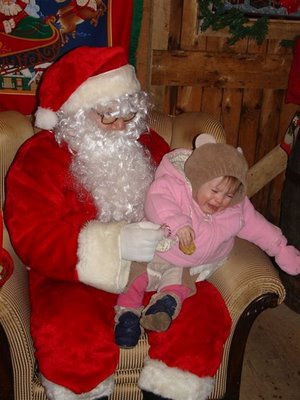 And speaking of adorable children at Christmas, guess who this cutie is? 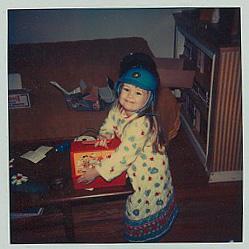 I loved CHiPs when I was a kid. Erik Estrada was my hero! When I opened up the CHiPs set that Santa brought me, that helmet went on and didn’t come off for the rest of the day. I even remember handcuffing my grandpa to prevent him from stealing the sausages off the turkey while it was in the oven***. Funny thing is, I have no recollection of wearing it ever again, but I remember wearing it for that entire Christmas as if it were yesterday. I would also like to point out that I am wearing a really styling housecoat.

*turns out I’m a digital pack rat as much as I am a pack rat in the real world.

**The description of this group is: “Everything to do with the tasty morsel of Jewish goodness that is the host of the Daily Show.”

***My family attaches sausages to the turkey with toothpicks while the turkey is cooking. Seriously.