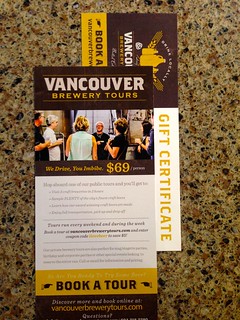 My going away present from my coworkers at my old job was two tickets for a tour of three breweries – obviously, my former coworkers know me very well! The tour company, Vancouver Brewery Tours1 picks you up at Waterfront Station, takes you around to tour three different breweries – going behind the scenes to see all the cool equipment and learning about all the cool techniques of how they brew their beer – and then drops you back at Waterfront, so you can enjoy all the beery goodness – a flight at each brewery – in a responsible fashion. Due to my and Daniel’s crazy schedules, we hadn’t actually found a time to go on said brewery tour until two weekends ago – and then due to my crazy schedule, I haven’t found a time to blog about it until now! 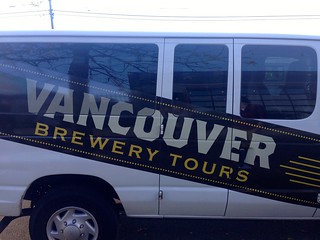 The first brewery we went to was Brassneck on Main St. We got to go backstage to see their cool stuff, tasted some grains that are used in the brewing process, and learned how they do their brewing. Breakneck doesn’t sell their beers at any restaurant, bars, or liquor stores, so the only way to try their wares is to either go to the tasting room at the brewery or to get a growler. After all the learning, we got a flight with the following four beers: 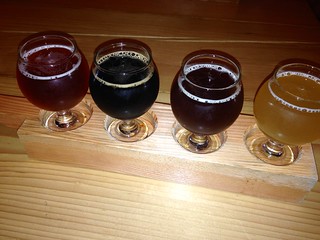 Now, the tour started at noon and these beers are on the rather high side as far as alcohol concentration goes and given that I am the world’s cheapest drunk, I was already pretty tipsy after this first brewery! My favourite of these beers was the Cherubeque, a Belgian Amber Ale. The Changeling was interesting – Changeling is a kettle soured beer that Brassneck makes that differs by time of year – in the summer they use whatever fruit is in season and right now they are using gerwurztraminer grape must. So it looks like a beer, but it tasted more like wine. I think it would be perfect for anyone who doesn’t like beer, but wants to look like they are drinking beer. I enjoyed the little glass of it, but I think it would be too sour for a full pint, at least for me. 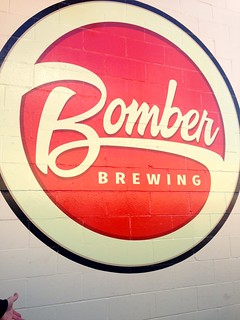 After Brassneck, we went to Bomber. Bomber is actually named after the hockey team that the founders play on – the earliest Bomber beers were actually home brews that the main brewer made and brought to the rink for after game beers – so I really wanted to like it, but their thing is really hoppy beers and I’m not big on super hoppiness. I mean, the beers were objectively very good beers, but just not my preferred style. When we got the behind the scenes tour, they showed us Bomber’s new canning machine – a lot of craft breweries just do bottles or growlers, but not cans and apparently it’s not just because cams are thought of as lower quality than bottles. The canning machine was described as costing “the same as a small condo in Vancouver”. Also, though they told us what the beers were when they brought us out flights, by the time I went to log them on my Untappd app  (about 5 mins later), I couldn’t even remember what 2 of the 4 beers were2. The ones I did remember were the IPA and the Belgian Blond. 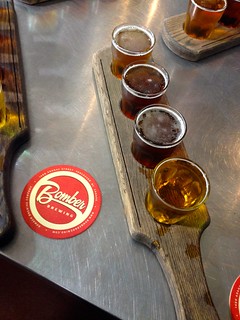 Our finals stop on the tour was at Steamworks‘ new production facility in Burnaby. I was familiar with the Steamworks Brew Pub in Gastown, but I didn’t know that they’d opened this new factory in Burnaby. Unlike the other breweries we went to, which were small breweries with tasting rooms, this was a really big facility to make lots and lots of beer (plus a tasting room). Steamworks is evidently ready for the big time. They also told us that the owner of Steamworks also owns the Rogue restaurants3. 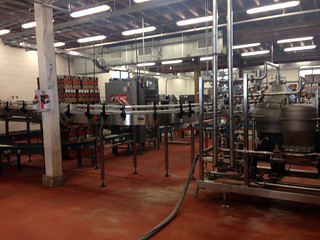 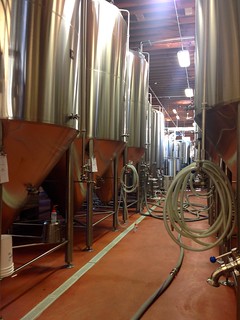 Despite their expansion, Steamworks still manages to make great beer. I much enjoyed the four beers that I tried at their brewery: Pilsner, Kolsch, Black Angel IPA4, and something else that I appear to not have included on my Untappd app and thus do not remember! 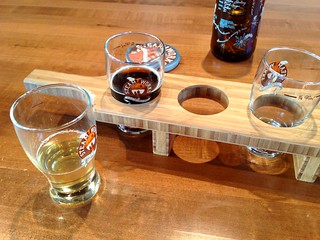 All in all, it was an excellent brewery tour and I highly recommend it if you like beer. Thanks, former coworkers, for such a thoughtful going away present!