My Visit to Emerald City

OK, this blog entry is RIDICULOUSLY LONG, due to my complete inability to be concise and my ability to be amused (and think everyone else will be amused) by the simplest things. But I promise you it will be worth reading (or at least skipping down to the part where the drinking happens).

So Friday night I packed my bag for Seattle. And this, in and of itself, was quite an accomplishment – me fitting everything I want to bring with me in a single bag! Especially because I was bringing my big, sexy boots, which themselves take up 1/4 of my overnight bag and my hairdryer (even though hotel rooms always have a hairdryer and even though I like to pretend I’m not a girly girl, I kind of am and thus I insist on having my hair dryer. It produces “ion shine,” which is very important, you know). And I got to bed at a reasonable hour so that I could be ready at 9 am for Shalu & her fiancee, Deepak, to pick me up. Of course, they didn’t get to pick me up until around 10 am and there was much debate over whose fault that was – Shalu’s, Deepak’s, or Andrea’s (another friend of Shalu’s who they had also picked up for the trip). I was just glad that no one could pin the blame on me =)

The driving itself was rather uneventful — we entered the States at the Pacific truck crossing, because there was only a 40 minute wait there, as opposed to 2 hours at the Peace Arch crossing. Our wait was slightly more than 40 minutes, mostly because Deepak’s sister, who was two cars ahead of us in the lineup, got the third degree – eventually getting pulled over so they could have a look at what she was carrying in her trunk (which, most uninterestingly, was some books she was bringing down to some family members in Portland). While we waited for her, we filled up with cheap American gas, met up with the third car of people who were coming on the trip and I impressed everyone with my knowledge that there are no ketchup chips in the US. After Deepak’s sister and her friend totally tricked us into believing that she wasn’t allowed to enter the States and had just two hours to cross back into Canada (we also believe that they took the word ‘gulliable’ out of the dictionary) and we all (there was 10 of us in total – 6 girls and 4 guys) had some delicious pizza and crazy bread at Little Caesar’s, there was more driving. When we got to Seattle we realized that we didn’t actually know the address of the hotel. And every person we stopped on the street to ask for directions said “I’m not from Seattle!” But we found it eventually, unloaded our stuff into our room (which had an awesome view of the Space Needle), and hit the hotel bar in time for “Happy Hour!” I had a vodka-diet coke that tasted like they used rubbing alcohol rather than vodka and Shalu got a long island that tasted OK when you first drank it, but then had a feces-flavoured aftertaste*. So it was more like Not-So-Happy Hour. This lead to our decision that going out to see some sites would be prudent. We walked up the street to some of the downtown stores and ended up staying in Sephora waaaaay too long for someone who had no interest in buying any makeup. Then we decided to go back to the hotel to get ready, since we wanted to get out for dinner and to a club at a not too late time, as we’d been advised that bars would fill up once “the game” was over**. Ah, the best laid plans. Getting ready seemed like an awful lot of effort, so we laid around watching such fine television programming as Tiara Girls and Yo Mama***. That apparently gave us the strength to get dressed up, put on our makeup and either curl or straigthen our hair, depending. Oh yea, that and the organic merlot and watermelon coolers that the boys had picked up when we were makeup shopping. While getting ready, we watched another fine example of modern television – Celebrity Cooking Showdown****. After several calls from the irate boys who were completely unable to understand why it was taking us so damn long to get ready, I, being the first to be ready, agreed to head down to the restaurant with the boys to get a table. By the time we got a table, everyone was ready and we soon realized that we weren’t in Vancouver anymore, as the vegetarian options were fairly limited. I ended up ordering some gnocchi in marinara sauce, which tasted much better on the way down than on the way back up (more on that later).

After consulting with some locals during the day, we decided to head to Capital Hill in search of a place to dance and drink (not necessarily in that order). Our taxi driver first suggested Neigbours, which he then told us was a gay bar. Since none of us happened to be gay, we opted for his second sugestion – The War Room*****. After a not too long line up, we got into the club; a few of the girls got in with no cover when the bouncer realized that the joke he made****** was somewhat inappropriate.

Now, this is where things start to get interesting. Bethie learned that accepting free alcohol from your friends is a very, very bad idea. It leads to things like you declaring to a bar full of strangers that a certain person is a fucking asshole. That certain people are fucking assholes, actually. It led to Shalu inviting some random to her wedding. It leads to you agreeing that taking a shot of 151 is a good idea*******. And taking a shot of 151 leads to your friends dubbing you Puke-ahontas.

Somehow I ended up in the bathroom with Shalu (don’t really recall how I got there), where I puked in the sink, declaring “There’s my gnocchi!” Then we went back downstairs, where I proceeded to puke right in the middle of the club, at which point it was decided that perhaps we should leave. I remember puking at least twice out the door of the cab on the ride to the hotel. The next thing I recall is puking in the hotel room, to the point that I had nothing left in my stomach, so I was puking bile. Bethie learned that alcohol-flavoured bile is the worst taste in the entire world. I also distinctly recall thinking “oh my god, I’m in the States and I have no health coverage for this trip — I sure hope I’m not going to need my stomach pumped ‘cuz I sooooo can’t afford a US hospital.”******** My friends managed to help me get into my pyjamas, get my contacts out and get into bed, where I promptly passed out. Apparently I woke up occasionally to puke in the well-placed garbage can. Good times.

So, needless to say, Puke-ahontas was none too lively on Sunday. I finally managed to hold down some water around 10 am, and managed a delightful lunch of tea, dry toast and potatoes at the most appropriate restaurant my friends could take me to – a brewhouse restaurant. I couldn’t even look at the bar and even thinking the words “one fifty one” made me completely nauseous. Shalu, who hadn’t puked (but really wanted to), and I decided to swear off alcohol*********.

However, despite my advanced state of nauseousness, I was almost completely devoid of neck pain. I did have a twinge of neck pain at one point during the day, but I think it might just have been Phantom Alcohol-Related Meningitis, or PhARM. So my working hypothesis is that ARM is dose-responsive, as consuming alcohol above a certain limit (i.e., the puking point) will prevent ARM. Of course, more research is needed.

lso of note was that I did manage to gather enough strength to buy some vanilla-scented body spray at Victoria’s Secret and some nice bling at the Nordstrom Rack. Check out my nice bling: 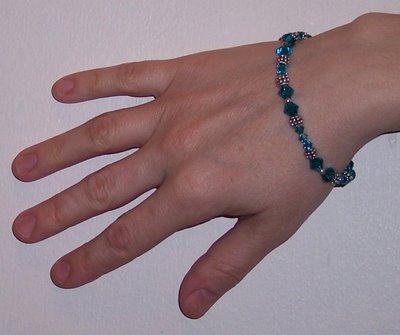 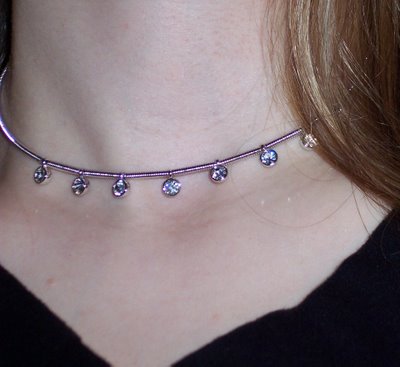 *or, at least what we imagine feces-flavouring would taste like

**and, being Canadians, we had to ask “what game?” as we were thinking “Seattle doesn’t have a hockey team!”

***apparently the guys were also watching Yo Mama in their room. The consensus in the girls’s room was that this was the stupidest show EVER! The consensus in the boys’s room was that this show was hilarious. This is the fundamental difference between girls and boys. That, and that woman will wear the most uncomfortable shoes if they are pretty. Guys would never do that.

****I mean, who doesn’t want to see third-rate celebrities all hooched up and cooking food for a judge with a stupid big hat?

*****Which kept making me think about one of the funniest lines in film — “Gentleman, you can’t fight in here! This is the War Room!”

******The joke being “You always have to check the brown people’s purses.” Which he realized was a bad thing to say as soon as he said it.

********Recounting this story to a friend later, she stated that puking is the poor man’s stomach pump.

*********But never fear. As I learned from Dave, swearing off alcohol doesn’t really take and for me it only lasted 39 hours, until I was confronted with free ciders at a reception I went to yesterday.