My dad emailed me this photo yesterday: 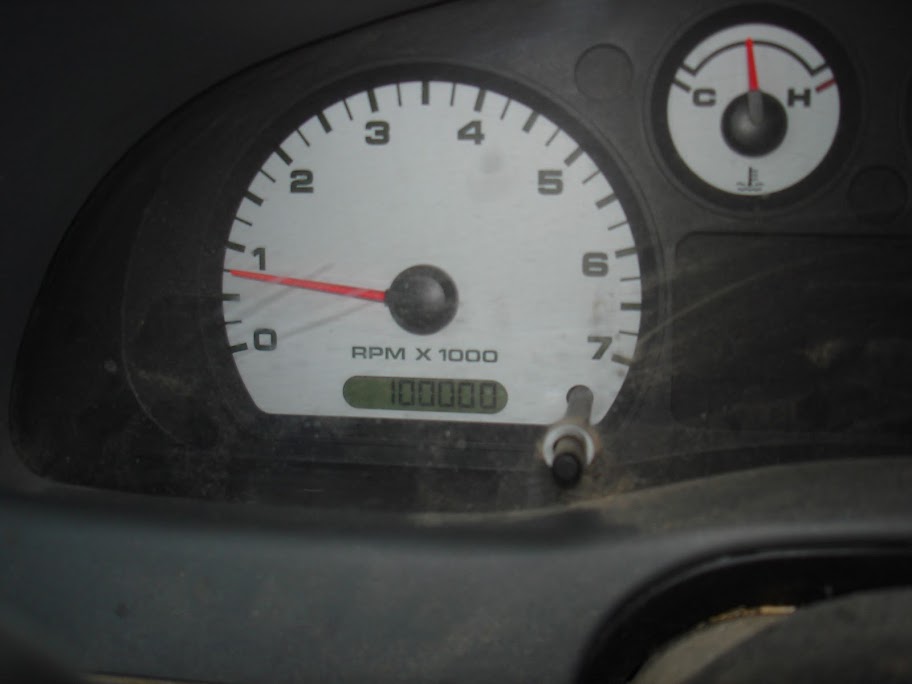 In contrast, here’s my odometer: Further, 9,806 of the kilometres that I have driven have been for work3. Meaning that I’ve only driven 43,877 km on my own time4, compared to my dad’s 100,000! Clearly, my dad is superior to me in the field of putting mileage on his vehicle!

One area that my dad doesn’t beat me though, is in winning bets on Canucks vs. Leafs games. Such as the bet we have on tomorrow night’s game. I expect to be the proud owner of a lottery ticket purchased by my dad after the Canucks beat the Leafs on Hockey Night in Canada!