I have a bunch of photos that I’ve taken with the thought “I should blog this!” And since I’ve been an utter delinquent when it comes to blog posting this year (up until this month anyway), most of them have just been sitting in my Flickr account gathering virtual dust1. Well, today seemed like a good day to dust some of them off for your viewing pleasure!

First, up the Golden Girls colouring book, which I spotted in Michael’s craft store: 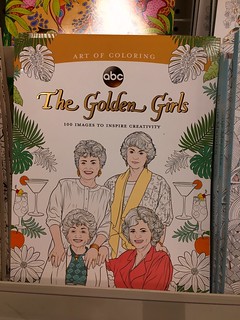 And speaking of WTF, next up is a bathroom stall that Kim and I saw at Steamworks pub in Vancouver. It has two toilets in one stall, separated by a little half wall: 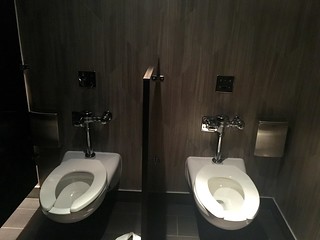 We were initially alerted to the fact that something weird was going on when Kim spotted an oversized stall door with this sign on it: 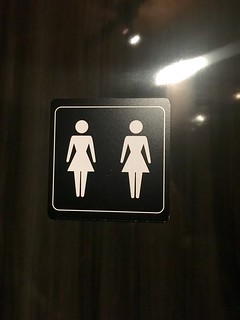 So we peered inside the stall and saw the shared toilets. Which I’m reasonably sure have never been used by two people at the same time, because WTF?

Next up is the light switch in my current (temporary) office space, which is in a 70 year old building that is slated for demolition: 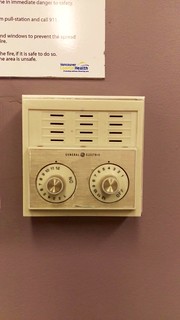 1000 points to anyone who can figure out how that contraption works! We had to ask the facilities guy, who showed us and then said “Be careful with it. They don’t make those anymore, so if you break it, you can’t turn your lights on anymore.”

Speaking of my office, shortly after we moved to this space, one of the facilities people told us there was a delivery of a large box that was sitting in Stores (i.e., the place where stuff like packages that get mailed to the facility get stored) and they thought it might be for us. It was large – like big enough for me to easily fit in, was addressed to the Human Resources intern who had helped coordinate our move, had been shipped by a courier, was still sealed when we opened it, and when we opened it, all that was inside was a single piece of bubble wrap: 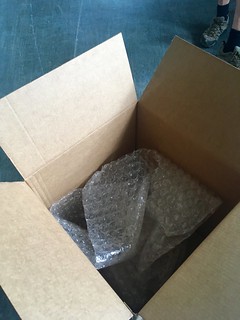 This was months ago and we have still not figured out who sent this, or why! 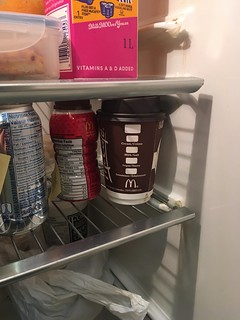 This might be my favourite one – it was spotted at my previous (temporary) office and yes, it does speak to the quality of the coffee made by that office coffee maker: 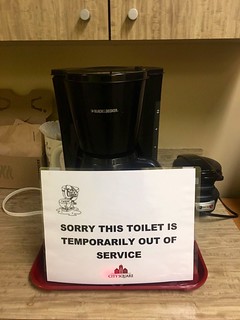