A friend of mine and I have taken up home brewing, because science. It’s a long story that I’ll blog about later, but suffice it to say that we recently finished our first batch and it was, shall we say, suboptimally carbonated. Tasted quite good for a first batch, if I do say so myself, but one can only drink so much undercarbonated beer, so I came up with the idea that I should look up some recipes for things you can make with beer, because beer. And I came up with the following, all of which tasted pretty darned good, if I do say so myself! 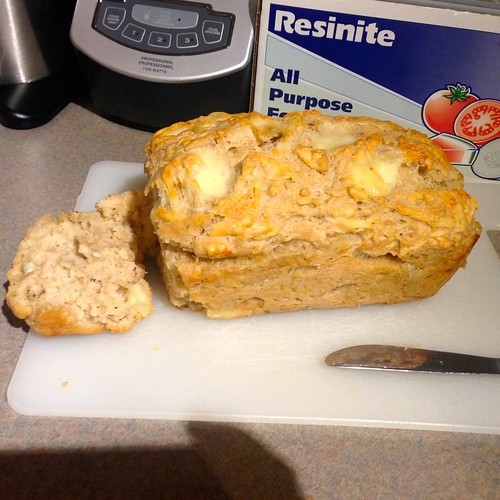 This was really quick to make and really tasty, if you are in the mood for a dense bread. I had read the comments on the recipe before I made this and noted that someone had commented that it didn’t take nearly as long as to bake as the 50-60 minutes stated in the recipe, so I made sure to check on it early and it ended up only taking about 35 minutes to bake! 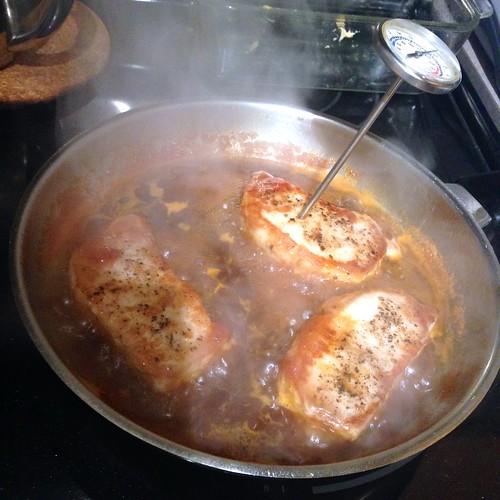 These pork chops were also pretty delicious. As well, when I put the brown sugar into the beer to make the marinade, the beer foamed up and looked like real beer! 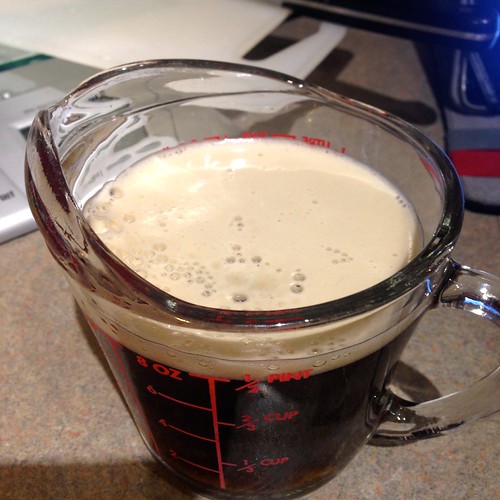 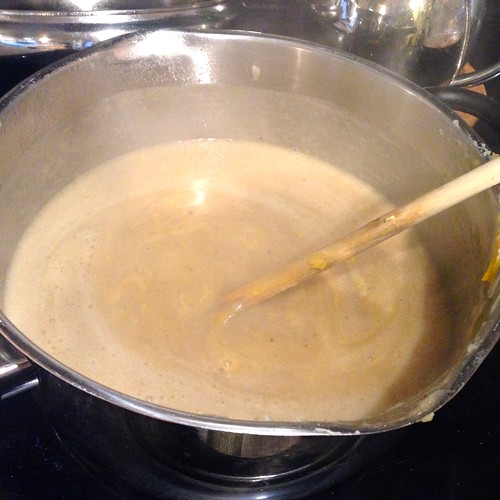 This was a pretty good soup – and I generally don’t even like soup!

And so I was 3 for 3 on delicious tasting recipes. Can’t say that this was the healthiest meal I’ve ever eaten – pro tip: when you meal is all beige, something is drastically wrong in the nutrition department.

In addition to finding a way to not waste beer1 and making a delcious dinner, I also managed to bring the number of new food items I’ve made this year to 10 and so I’ve officially completed 67% of my goal to make 15 new food items in 2015 and it’s only February!