When I was in Ireland, I bought myself a Connemara marble ring, which I love and wear most days. One day back in August1, I looked down at my ring and noticed that a chunk of the marble was missing: 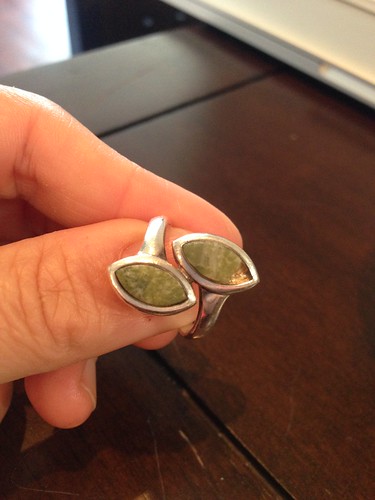 After some detective work, including searching through the photos we’d all taken, my Mom was able to find the place I bought it, which is called the “Connemara Marble Visitor Centre” and has the URL http://connemaramarble.ie/. So I emailed those guys and they were super friendly and said “Mail it to us and we’ll fix it for free and send it right back to you!”  And they did: 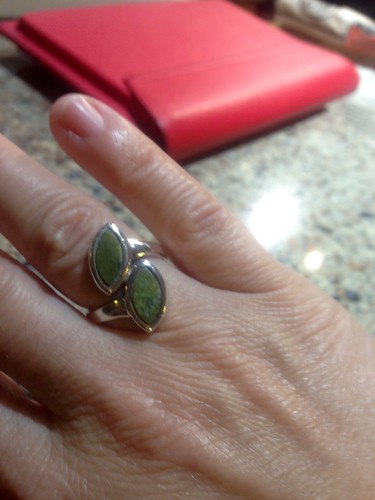