Happy adoptiversary to my kitties!

Three years ago today I adopted my little fuzzballs, Watson & Crick. When I first got them, they were very much people cats, but they’ve gotten even more cuddly and affectionate. Crick started out as a kitty who would like to be curled up next to me on the couch or in the bed, but now she’s a full on lap cat, who will sit on my lap when I watch TV and who more often than not curls up on my chest to go to sleep at night. Watson still likes to sit just out of arm’s reach and meow at you because you are not petting him when you sit on the couch, but now he’s willing to curl up next to me on the couch or the bed and on the weekend he even sat in my lap while I watched two full episode of The High Man in the Crooked Tower! I was in heaven!

In honour of their third adoptiversary, I bought the kitties a cat house that looks like a shark because that’s hilarious. Here’s a video of them checking it out when I first gave it to them:

I like that they politely took turns getting into it. Much unlike their cat tree situation, where Watson inevitably attacks Crick if she sits on any level of the tree, even though he only ever wants to sit on the very top.

So far, Crick seems to like the shark more than Watson, as she spent a fair bit of time hanging out in there: 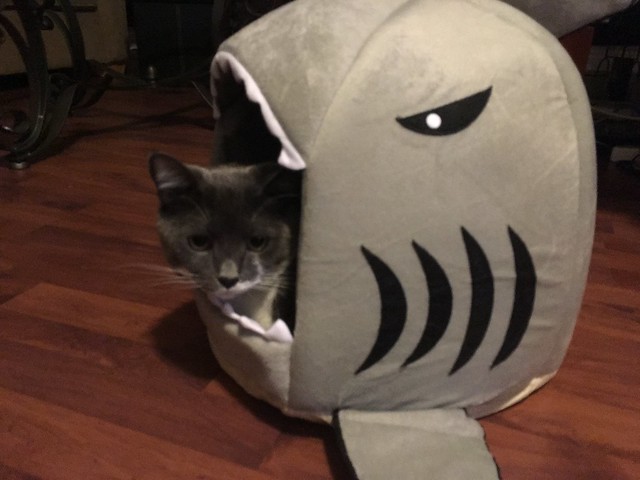 Watson went back in again after that, but quickly got out once I started taking pictures: 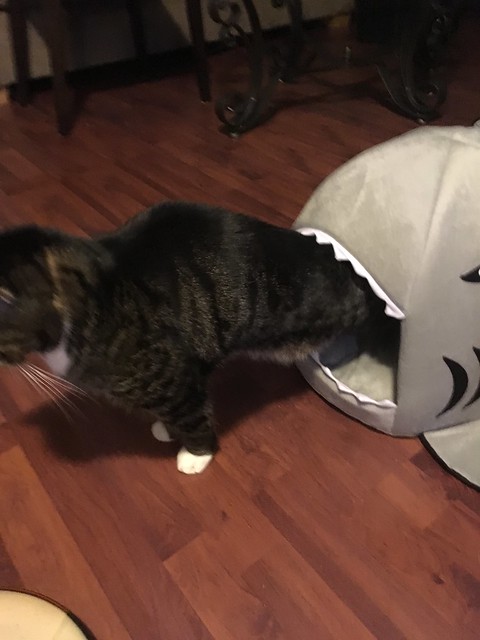 Happy adoptiversary, my sweeties! You make my life better every day! 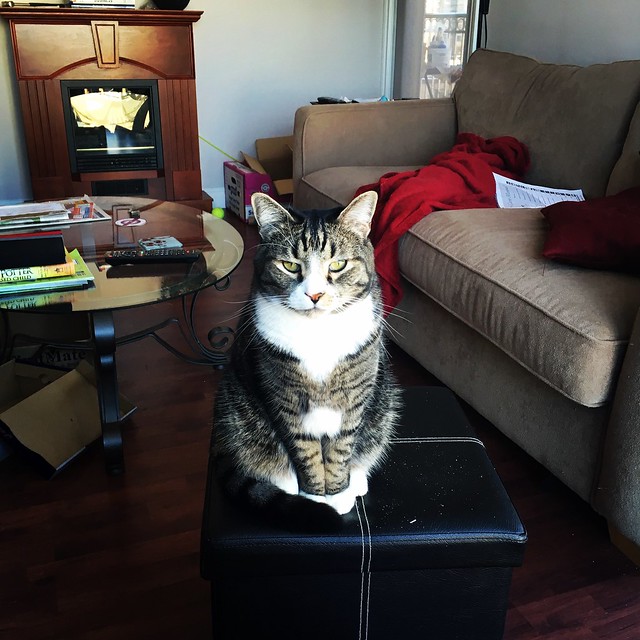 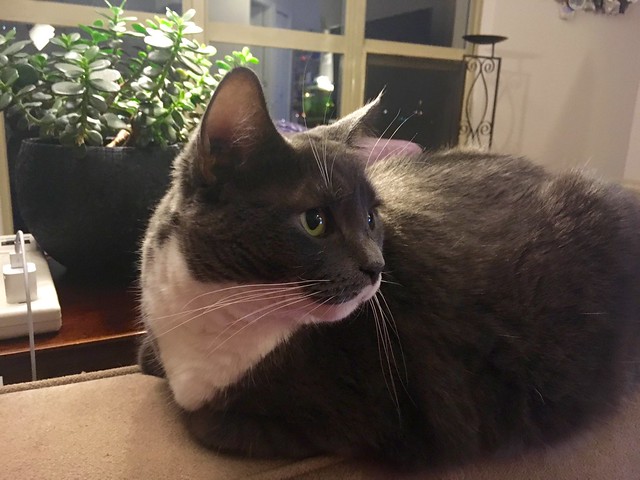