“Ski at Whistler” was on my very first list of 101 things to do in 1001 days, which I wrote in the old timey days of 2009. Somehow, I went through those 1001 days without managing to ski at Whistler. Then I totally thought I put “Ski at Whistler” on my second list of 101 things to do in 1001 days, but now that I look at it, I totally didn’t. At any rate, I managed to go through those 1001 days without skiing at Whistler either. Thinking that “third time’s the charm” (because, as you may recall from earlier in this paragraph, I thought I’d put it on my second list), I put it on my third list. Happily, Daniel perused my third list and got me a pair of Whistler lift tickets for Christmas! And then, capitalizing on the momentum, we decided to book a couple of days there to make a nice little trip out of it1. Which brings us to Tuesday, January 21st, the day that I finally skied at Whistler2.

We spent the morning skiing on Blackcomb Mountain. For the uninitiated, Blackcomb Mountain is right next to Whistler Mountain (you’ll often here the whole place referred to as Whistler-Blackcomb) and both can be accessed from Whistler Village, which is where we were staying. Pretty awesome to just walk out of your hotel with your skis and right onto a couple of gondolas that take you up two spectacular mountains. The conditions were fantastic – apparently they had just got a big dump of snow on the weekend, but by the time we were there on Tuesday, it was nothing but sunny skies on the hills. 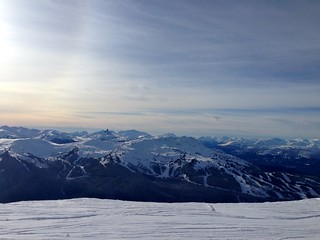 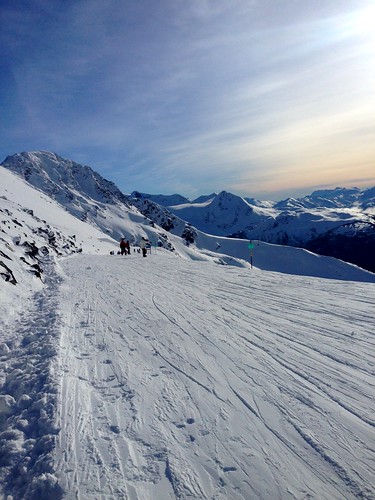 We skied all morning, had an overpriced lunch (they really have you captive up there when it comes time for eating) and a chance to warm up (it was -7 degrees up there!), then skied a bit more on Blackcomb, and then headed over to the Peak-to-Peak. For the uninitiated, the Peak-to-Peak is a gondola that connects the top of Blackcomb Mountain with the top of Whistler Mountain so that you can easily ski on both mountains on the same day3. Given that taking the Peak-to-Peak is also on my 101 list and given that it was “ski at Whistler” on my list rather than “ski at Whistler-Blackcomb” and I didn’t want to be called out on a technicality, doing this ensured that those two items could be definitively crossed off my list. 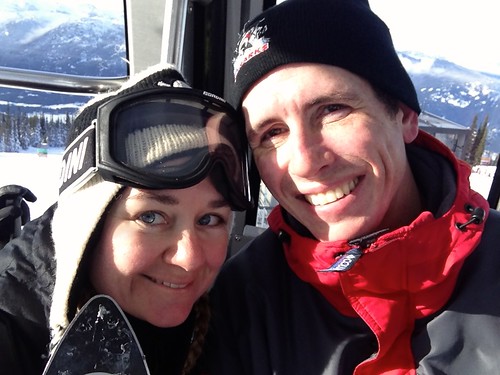 The conditions on Whistler were equally spectacular and we enjoyed the rest of our afternoon of skiing there. I was surprised to learn that the lifts stop running at 3 pm as there are no lights on the mountains and since it takes half an hour to ski down from the top of the mountain back to the village, they stop the lifts that early so everyone gets off the hills before nightfall. As someone who took skiing lessons at night in my youth, it didn’t even occur to me that there would be no night skiing! We took our last ride up the lift around 3 pm and it took nearly a half an hour to ski all the way back down to the Village. After a day of skiing, a dip in the hotel hot tub, watching the Canucks game, and having a nice dinner a pub in the Village rounded out a perfect day.

Something not so nice happened at our hotel, but we didn’t hear about it until we got back to Vancouver. Apparently on Tuesday morning, someone died in after an altercation in the east wing (we were staying in the west wing). There was a cop car out in front of our hotel on Tuesday morning when we went out to go skiing4 and Daniel commented on it still being there when we came back at the end of the day, but we really didn’t think too much about it. But it wasn’t until we got home on Wednesday that we found out why. Apparently this is only the third homicide in the history of Whistler!

Anyway, despite that unusual circumstance, we had a great trip and I definitely want to go back again!