Hey, remember that time I went for a running fitness assessment? Well, this past Tuesday I went to meet with Lewis at Peak Centre for a consultation, where he explains all the stuff in the report that they send you with the results of your test.

So, as it turns out, I’m a huge wimp. Lewis didn’t say that in so many words – he’s far too professional and positive to have said such a thing – but he did tell me that on the test, people usually keep running to a blood lactate level of 8-10 mmol/L, whereas I gave up at 7.2 mmol/L. I’m not the worst he’s ever seen, but I need to train my brain to accept more suffering! 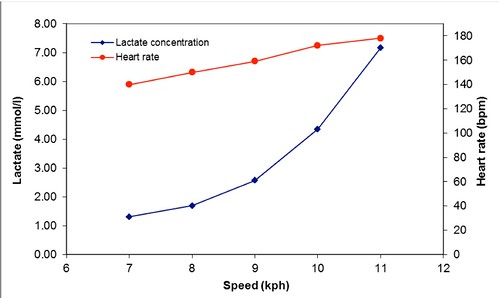 I won’t bore you with all the details1, but some hightlights from the consultation are:

So basically, my game plan is: