So I ran a half marathon last Sunday. And despite it being my second worst finish time of the 14 half marathons that I have run, it turned out to be the one that required the most perseverance and I am actually proud to have finished, yet a bit mad at myself for even having run it. As I mentioned previously, I was suffering from a gluteus medius issue that was so bad it was causing me to limp and it hurt to run. And nothing I was doing was working – it was like it was too tight to even get it to stretch at all, no matter how much I tried. Then I went out for dinner with my friend Linda and she told me about a physiotherapy treatment called intramuscular stimulation (or dry needling1.). This technique uses acupuncture needles, but instead of poking the needles into things that have never been scientifically demonstrated to exist, they insert them into tight bits of muscle. It seems like the idea is that your muscle is confused and thinks it should be shortened into this tight piece of agony and isn’t getting your message to just chill the fuck out already, so you poke it to sort of reboot the system.

Have you tried turning my muscle off and then turning it back on again?2

I did a (very) quick look at the research literature and, unlike acupuncture which has definitely been shown not be any better than a placebo, there really isn’t much research on IMS to know if it’s effective or not (at least as far as I can tell from my quick look). So I figured that it at least has some biological plausibility and I was desperate, because I knew I couldn’t run the race if something didn’t give. So I decided to try it as a Hail Mary pass.

It’s a very interesting sensation to have someone poke a needle in your muscle. It doesn’t hurt, but it feels… unusual. Also, when I told the physio that I wanted to be able to run a half marathon in 3 days, he decided to do electrical stimulation with the needling. So in addition to stabbing the muscles, he also electrocuted them. That felt in some cases like he was just flicking my leg and at other times it just made the muscles twitch repeatedly. Oh yeah, and a lot more muscles were messed up than just the glut med. The TFL ((a.k.a., Tensor Fascia Latae.)) was solid like a rock (which my massage therapist had also noted) and the quads and hamstrings were too. So he stabbed and electrocuted a whole bunch of parts of all of those muscles.

After the treatment, I could immediately stretch my hip more than before the treatment3 and it continued to loosen up a bit more each day. Could it have been a placebo effect? Entirely possible. Would it have loosened up in those days even if I hadn’t had the IMS. Maybe they would have, been there’s no way to know!

The physiotherapist’s advice was to try a little 1-2 km jog on the Saturday and see if it was loose enough to run. So we made our way to Kelowna on Saturday and then I went for a 2km jog, which I was able to do, but with a shooting pain with every step. It would get a teensy bit better, but if I stopped, say, to catch a Pokémon, when I restarted, it would hurt as much as the start of the run. What to do? What to do? I was of two minds: the one that said “Maybe it just needs a bit more jogging to loosen it up4. If it loosens up as much over tonight as it has the last few days, I’ll be fine. What if that happens and I don’t do the race – I’ll be walking around all fine and then I’ll want to kick myself! I can’t miss another race this year!” And then the other one that said, “What if you injure yourself more by running on this injury? That’s how you got this injury – running on the not fully healed sprained ankle! Do you really want to jeopardize your upcoming trip to Australia? The race fee is a sunk cost!” So Andrew made me an offer – I’d  start the race and if after 5km, I’m still in pain, I could call him and he’d come and pick me up. So that’s what I did. 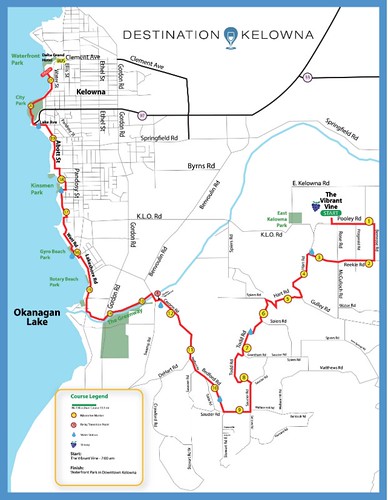 Long story short: my hip was considerably looser the next day and combined with the race day adrenaline, the first 15 km were slower than I’d usually run a race, but faster than I’d expected given the circumstances. My hip didn’t hurt, it was more just uncomfortable. As I passed the 15 km marker, I thought “I’m glad I did this, I’m going to finish much sooner than I thought, maybe I should text Andrew to let him know as he might not go to the finish line in time to see me” and no sooner did I think that than a pain shoot through my hip – pain that would continue to shoot on every step of the remaining 6 km. Every volunteer I passed gave me a look of genuine sympathy and a kind encouraging word that I could do this. As I crossed the finish line, I was glad I was wearing sunglasses because maybe that would make the tears of pain streaming down my face less noticeable. 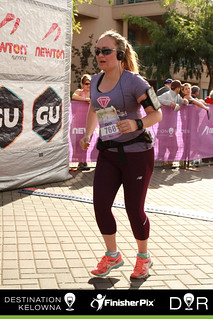 Some thoughts on the race itself: 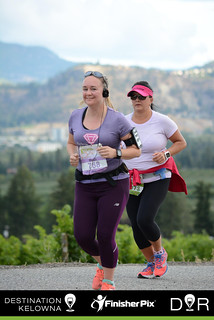 I’ve spent the past week since the race limping around – I saw the physio on Wednesday and he said I have acute bursitis and maybe acute tendinitis – and I saw the massage therapist today. I had to skip my hockey game today because I can barely walk, let alone skate. Here’s hoping the 16 hours of flying I have coming up on Wednesday doesn’t kill me!

The one silver lining – well, in addition to the awesome race medal and all the wine – was that I finally caught the damn Mankey that had been eluding me in Pokémon Go. Mankey isn’t that rare of a Pokémon – I just could never seem to catch one, until now ((Of course, once I caught one, I ended up catching a few. Now I just need to keep catching them so that I can evolve one into a Primeape!)! 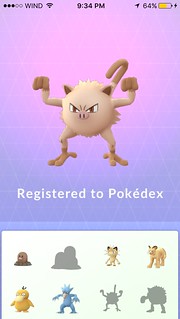