It’s Thursday night and the Aggiettes are ready for some hockey!!! 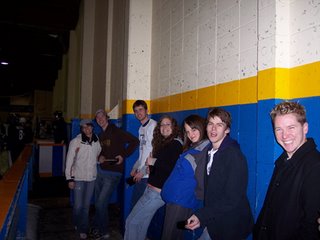 The fans are out in full force!

They have cow bells! That’s right — in plural — cow bells to cheer us on! 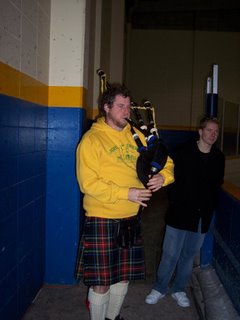 The bag piper (complete with kilt) is ready to pipe us out on to the ice (Aggies know how to make an entrance!)….

… and the other team doesn’t show up!! Seriously, not a single person on the other team showed! Despite the fact that (a) it’s the last game of regular season and (b) we were only 1 point behind them in the standings! So, we win by default and jump to 4th (out of 9 teams) in the standings! However, we really, really wanted to play (how could we disappoint our cow-belled fans?)

Fortunately, our resourceful captain, Danielle, managed to get one of the teams that had played right before us to play us too.

And the game was on! 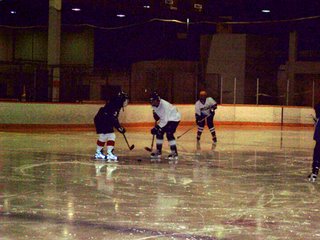 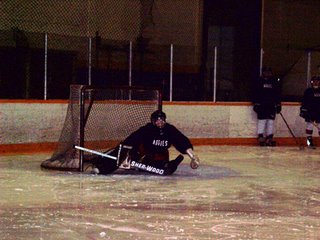 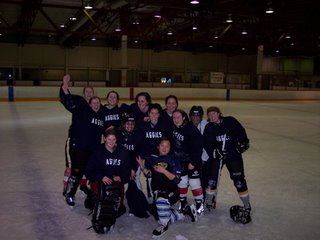 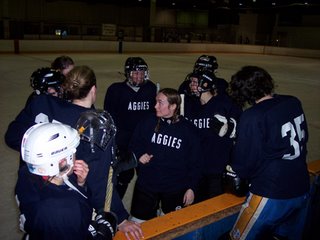 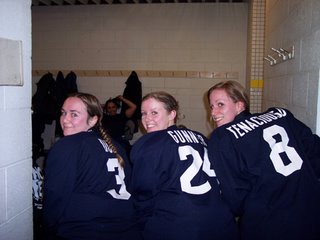 And a good time was had by all! I must have skated harder in that game than any game before, because my legs are killing me worse than ever before! I would also like to point out that my skates appear to glow!