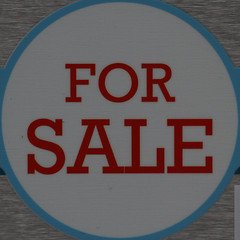 Hey, remember that time I bought a condo? That was pretty awesome and also stressful but mostly awesome. I’ve never done a real estate deal before, as I spent my twenties giving all my money (and a bunch of money that wasn’t mine) to various universities in exchange for letters after my name and the first half of my thirties paying off that crushing level of student loan debt. Couple that with the fact that I live in an insanely expensive city when it comes to real estate and, well, it means that I didn’t really think I’d be buying a place anytime soon. But I’ve really taken a liking to New Westminster and to my neighbourhood in particular. And when a place – almost identical to my current place1 but on a different floor – came up for sale in my building at a price that I was comfortable with, well, the rest is history.

The whole buying process was an interesting experience. I’m sure those of you who’ve done it before think it’s NBD2, but for a newbie, it sure can be overwhelming. I used a realtor and a mortgage broker, referred to me by a friend, who walked me through the process3. Once I’d looked at the place a couple of times, talked to a friend of a friend who happens to be on the strata council in my building and had my realtor look into the building, I was reasonably convinced that the building was solid4. After that, there’s a process of making offers and counter offers and once there was an accepted offer, I had 10 days to “remove the subjects”. I’d made the contract subject to some pretty standard conditions: for example, that I’d be able to get satisfactory financing, that I’d be able to read the strata by-laws and the last two years worth of strata meeting minutes and would be satisfied with those5 and that I’d have a condo inspector check it out and I’d be satisfied with the their report. 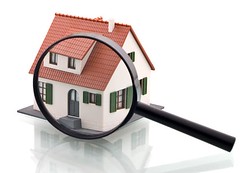 Kelowna, so the first few inspectors that I called were going to be out of town until the day that I needed to remove subjects! Happily, I was able to find one guy who got good reviews on the HomeStars.com (basically the Yelp of home-related things) that was not going to the conference and he was able to inspect my place. He gave the building a good review – said it was in great shape and the strata council was doing an excellent job of maintaining the building to keep it in good shape. His only suggestion was that I should replace the rubber hoses, which can breakdown, on the washing machine with braided metal
hoses6. 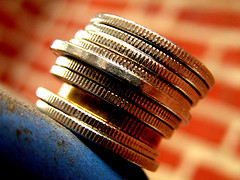 During this time, I was also arranging for a mortgage. Obviously, I wanted the lowest interest rate that I could get and I wanted to pay accelerated biweekly (which automatically saves you money and time on your mortgage), but I knew that I also wanted to have the flexibility to make lump sum payments7. As well, I needed to work with my financial guy  to take money from my Registered Retirement Savings Plan (RRSP) under the first time home buyers plan8 and other money out of my Tax-Free Savings Account (TFSA) for my down payment. Along with other savings that I had, I was able to make a 25% downpayment, which allowed me to avoid paying Canadian Mortgage & Housing Commission (CMHC) insurance9.

So, once all the subjects were removed, I had a deal! And I have to say, I experienced a great deal of relief once it was all settled – I 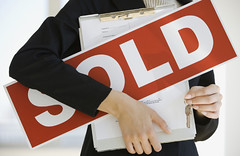 found it very stressful to be doing all this negotiating, investigating, deliberating, and deciding! After that though, I had to deal with all the usual stresses of moving – hiring movers, arranging cleaning/
steam cleaning of the carpet in my old place, changing over utilities, etc.10. Since I plan to stay in this place for a while (unlike when I was renting), I wanted to do a really good job of purging stuff that I don’t need11, so I was more deliberate in my packing – taking time to consider if I really needed this item or that item, and putting stuff in boxes for donation/recycling/garbage12. The move itself was the easiest one I’ve ever done – I just needed to move up four floors, so I booked the elevator and some movers to move my stuff – didn’t even need a truck! Since the apartment layout is identical, I told the movers to put every piece of furniture in exactly the same place in the new apartment as it had been in the old apartment!

The cats reaction to the whole moving process was exactly what I predicted – they LOVED the packing, as it meant everyday I was bringing cardboard boxes into the apartment and they had tonnes of fun climbing on packed boxes, jumping into and out of empty boxes13, looking inside of boxes that I was in the middle of packing. But the day of the move was a bit stressful for them, especially Watson. I had to lock them in the bathroom while the movers were moving stuff so that they wouldn’t get underfoot or escape into the hallway or onto the balcony and they didn’t like that at all. I went in to visit them, giving them pets and treats, throughout the duration, but Watson was unhappy – he alternated  between sulking and crying/meowing pretty much anytime I wasn’t in the middle of giving him a treat. After everything was moved to the new apartment, I brought them up to the new place and they sniffed everything and checked out the new place, but Watson remained a bit stressed for a while – I can tell because he was panting and following me around the apartment, meowing for attention. Lots of pets and playing and some treats helped to make him feel more secure and eventually he took a nap with his sister on the tallest pile of boxes. Crick remained a lot more chill throughout the whole situation. 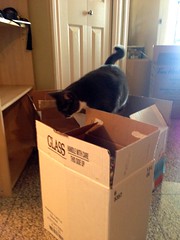 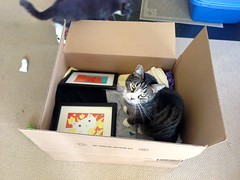 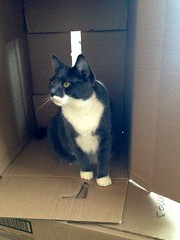 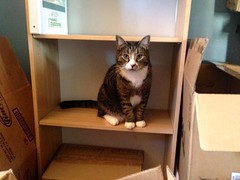 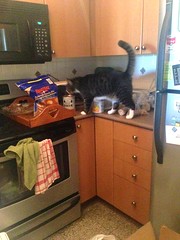 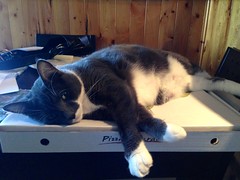 Now that I’m all moved in and have returned from my San Francisco trip, I have begun unpacking in earnest. I made some good headway with the unpacking this weekend and though I still have much do14, I feel like I’ve transformed the place from “giants piles of boxes everywhere” to “somewhat livable.” Perhaps I’ll post some photos once it’s all done!