Half Marathon #11 – A Belated Blog Posting

This post is ridiculously overdue. I wrote most of it on the plane to (or possibly from) San Francisco, and haven’t gotten around to posting it until just now, what with all moving and traveling and unpacking and various other goings on in my life. But better late than never, right?

The half marathon in question was the Scotiabank Half Marathon in Vancouver. I’ve run this twice before – once with Alicia (2010) and once with Kim (2011). It’s a really lovely route that starts out a UBC, where you run around the campus for a bit before heading by Jericho Beach, over the Burrard Street Bridge and then finishing up in Stanley Park. The day was also lovely – it was hot, to be sure, but not insanely so, and there was a bit of cloud cover so that you weren’t running in direct sun the whole time. 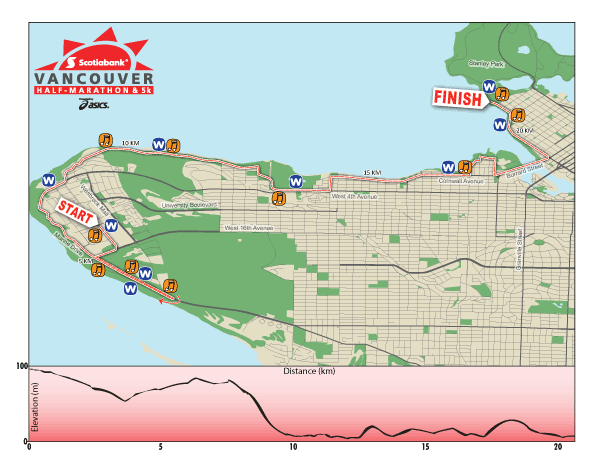 The one thing that wasn’t lovely was that I was sick. For the third time this spring :S I’m pretty sure that I must have picked this cold up when I was in Ontario2. I was coughing up a storm and I’m pretty sure it was sapping my energy – at least, that’s what I’m blaming my slow finish time on. I finished at 2:15:05 – more than 5 minutes longer than the Hollywood Half in April and a reversal of my trend where I’d been improving my time my last few half marathons (remember, this is finishing time, so shorter is better!): 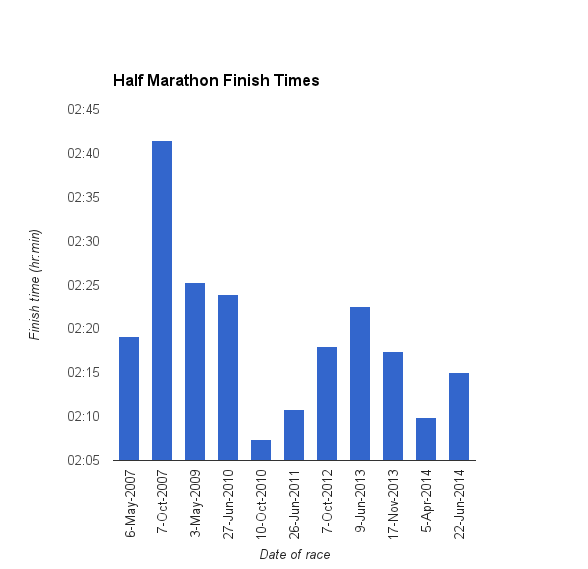 I ran the race with a couple of friends from work. Geoff was running his second half marathon, having done the BMO half in 2013 and Christina was running her first ever half! I had photos that Christina took of us, but I think she must have texted them to me and then I lost them when my phone went insane and I had to restore it to factory when I was in Toronto. Anyway, great job, race buddies!

After the race, we headed back to UBC on the shuttle bus to get Christina’s car and then we went to Trafalgar Bistro, where we had the most delicious brunch in the history of brunch: eggs benny, but instead of being on an English muffin, it was on a potato latke. O. M. G. D. E. L. I. C. I. O. U.S.

After having done two half marathons in two months, immediately following the running study that I was in, I’m feeling like I need to change things up from just running. I think I want to find a triathlon to train for next – if anyone knows of any good ones in the Vancouver area in the fall, hit me up!