And speaking of my 2015 goals, another one was to run 800 km. Mission accomplished! 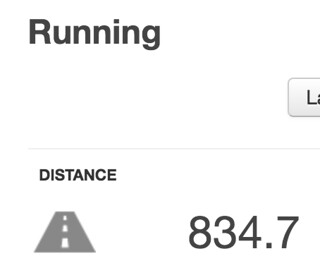 I actually hit the 800 km mark back in Oct shortly before running the Rock’n’Roll 10 km race. And then after it got cold and rainy and dark and I had no other races to train for, and it became very easy to not go out running. In fact, after the 10 km race, I only went on three more short runs for the entire rest of the year1! I decided that rather than make myself go running in the cold and the dark and the wet while I had no race for motivation and take the fun out of running, I’d take a bit of a break from running until the new year. And now that the days are getting longer and I’m starting to think about the races to do in the new year, I think I’ll really be ready to get back into running when I return from my holiday.