Happy 10th Blogiversary to Me!

10 years. A decade. One-tenth of a century. Whatever way you look at it, it’s an awful long time. Unless you are looking at it in geological time, in which case it’s not even noticeable. Thankfully, neither me nor my blog is a rock.

Obviously things have changed a lot during that time. In fact, blogging itself has gone from “You write a what? A “blog”? What the hell is a blog?” (when I started in 2005) to *everyone* is blogging (in maybe 2007 or 2008) to “You write a what? A blog? How antiquated. Can I Instagram a photo of you? #OldLady #GetWithTheTimes”1.

I obviously don’t blog anywhere near as often as I used to – the days of the 231-day blogging streaks are over2. Even at my peak, I never had a tonne of comments on my blog postings, but the comments section has been a veritable wasteland for years now, with the few people who choose to comment doing so on the Facebook posting linked to my blog posting.

I don’t think it’s very difficult to figure out why me – and pretty much every else – is blogging so much less these days. There are just so many more ways to publish your ideas online now. Back in 2005, Facebook wasn’t yet open to the public – you had to have a university-affiliated address to join back then – and Twitter, Instagram, Tumblr and the myriad other ways we have of sharing our ideas online weren’t even invented. And it’s a lot easier to write 140 characters or copy-and-paste a link to something than it is to sit down and think enough to write a coherent blog posting. And, likewise, it takes a lot more attention to read a blog posting than to flip through a bunch of tweets and Facebook statuses. As Mitch Joel said in his blog posting Blogging is Dead (Again):

When I used to not have those other outlets, I channeled all of my creative energies into blog postings. Now it’s much easier to post a funny one liner on Twitter and go on about my day.

But the thing is, I’m still constantly thinking of ideas that would  take more than 140 characters to write, and I often find myself making a mental note about something that I want to blog about3. I currently have 63 draft postings sitting in my blog in various states of being written (from just a title to remind me of something I wanted to blog about to some half-baked postings that I haven’t found the time to finish baking), not to mention other ideas jotted on my whiteboard and still others floating around in my brain. But, as Joel says, finding the time to actually craft a blog posting is the real challenge. It’s not just that other social media platforms are competing with blogs, it’s that all the other stuff I do in my life is competing for my time.

Anyway, after all this talk about needing to spend time to think critically to write blog postings, I’m pretty much just rambling on at this point. So I should probably find some way to wrap this thing up. But now I can’t think of a good ending. Gah! The pressure is too much. Oh wait, I know! How about a quiz to see if anyone is actually reading this. 1000 points to anyone who actually posts a comment on this blog posting (and you lose one million points if you post a comment on the link to this blog posting that appears on my Facebook). 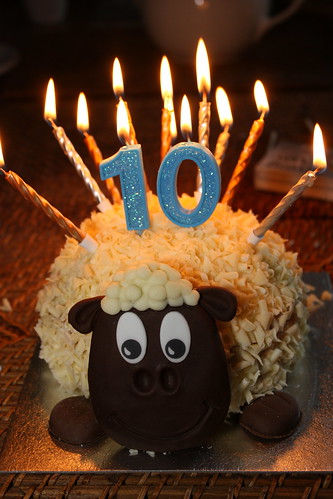 Omg, why didn’t anyone make this cake for me today?

Happy 9th Blogiversary to me!

I’m coming in just under the wire on this one, but Happy 9th Blogiversary to me! 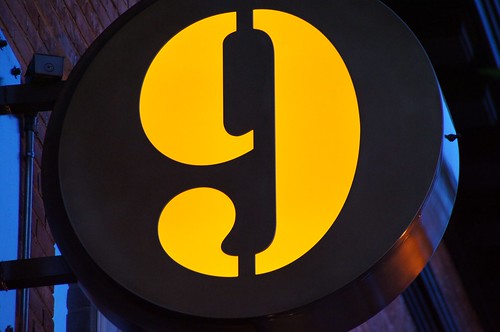 When I started this blog nine years ago, it never even occurred to me that it would become such an integral part of my life. It’s my archives of my experiences and ideas (which I really need since I have such a terrible memory!). It’s a connection to family and friends who live both near and far. It’s a creative outlet. And although blogging seems to be much less popular than it was – and the comments section of most blogs are all but dead (damn you Facebook and Twitter!), I still think I’ll be keeping mine going for years to come. Happy birthday, my little blog!

Happy 8th Blogiversary, Not To Be Trusted With Knives!

Eight years ago today, I started this blog. If my blog were a person, it would be in grade 3 right now. Someone should probably bake my blog a cake.

OK, so I was totally kidding about the cake, but then I just looked on Flickr and people have seriously baked cakes for their blogs. Now someone really needs to bake me a cake! Undoubtedly, this blog also provides a procrastination vehicle for readers as well – I think this especially when I see most of the Google searches that bring people to this blog are “[Name of NHL Hockey Player] + shirtless”. Perhaps having more photos of shirtless NHL players should be my goal for my 8th year of blogging!

Of course, no blogiversary posting would be complete without a few stats. In the past 7 years:

How Did I Miss My Own Blogiversary? My blog turned 6 years old yesterday and I didn’t even bake it a cake! Worst. Blogmother. Ever!

And now a few stats, because who doesn’t love stats?

Happy 5th Blogiversary to Me! Once upon a time, a bright eyed young graduate student, in search of a better way to procrastinate, decided to start a blog. She called it “Thesis Writing is Hell” and her early blog postings were all about her thesis and thus, really never meant for anyone to read.  Pretty soon, however, she ventured out and blogged such insightful things as “Happy Birthday, Sarah,” and “I play hockey,” and “I went somewhere” and before she knew it, she was a full on personal blogger.  And that “once upon at time” was exactly five years ago today1.

It’s hard to believe that I’ve spent the last five years typing my inane thoughts, and occasional political rants2, into a little box on my computer screen, then unleashing said thoughts out onto the Internets, and even more hard to believe that you people out there read them.  And keep coming back back for more!

Being that I’m indecisive and have the attention span of a carrot, this blog has seen four different URLs3, which don’t exactly correspond directly to the four names4 I’ve used for it, as well as three different apartments5, the finishing of the fabled thesis after which the blog was originally titled, and two different full-time jobs6,7.  I’ve chronicled six trips up the Grouse Grinds8 and nine races9 in these past five years, not to mention10 22 trips11!

It’s been a fun five years12 of making new friends, bringing you photos of hockey hotties, and ranting about David Emerson. Here’s to the next five and whatever adventures they may bring!