A capital investment1 of $225 was made to acquire said cats. Other fixed assets included a scratching post, litter box/scoop/mat, food and water dishes, and cat carriers. These non-biological capital investments are categorized as “supplies” for accounting purposes, because our accountant is lazy. See Figure 1 for a breakdown of expense by category2

The R&D department is actively investigating suppliers for litter. Initially, pine pellets were used, as this was the litter the cats were using prior to the acquisition and using the same product was recommended as the cats acclimatized to the organization. That product performed well on the characteristic of not smelling bad, but performed poorly on the sawdust-getting-tracked-all-over-the-apartment characteristic. The next supplier to be tested was Natural Cat, which is grain-based, clumping, and flushable. The product does not appear to perform quite as promised, it is more sticky than clumpy, retains a slight ammonia-y odour, and though it tracks less than the pine pellets, it does tracks across a large mat in the litter box area. An external consultant conducted an independent audit5 and has recommended investigation of World’s Best Cat Litter. The R&D department will be conducting further research on this topic in Q2. 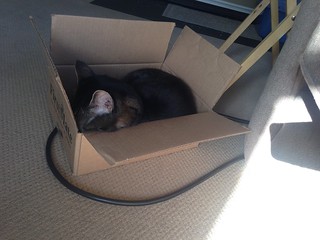 Major risks for this endeavour include claws and teeth, but the sweet nature of the CATpital assets mitigates this risk. However, CATpital investment Watson loves to rip the crap out of cardboard, causing a minor inconvenience for the janitorial staff. The anticipated risk of the cats eating the Frog Department seems to have been quelled, as the cats rarely pay any attention at all to the tank, unless the CEO is interacting with the frogs, at which point both cats stare up at the interaction.

The cats have embarked on a social media marketing campaign by handling their own Twitter account. (See Figure 4 for monthly Twitter activity). In addition, the cats are regularly featured on the Snow Industries Twitter account, and were highlighted during the CEO’s reign as the Curator of the People of Canada Twitter account. Market research indicates a strong positive reaction to Watson & Crick, though this is not surprising given the overall trend of appreciation for cats on the Internets.

ROI was strong in Q1, coming in the form of cuddles, cuteness, and love. (See Figures 5 to 8 for representative examples of cuteness). Forecasts anticipate ongoing positive returns for the foreseeable future. 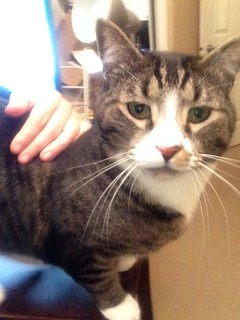 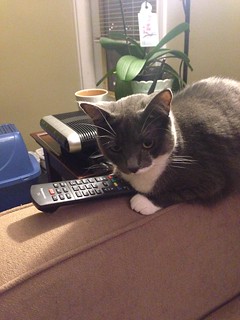 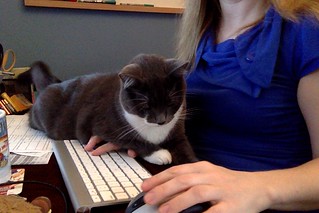 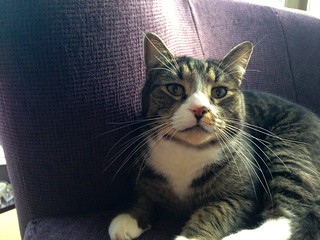 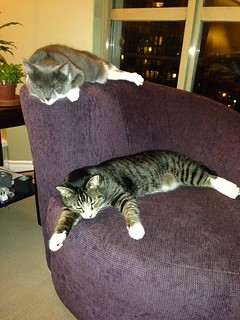